Kouhai
Nihilism (from the Latin nihil, nothing) is the philosophical doctrine suggesting the negation of one or more aspects of life. Most commonly, nihilism is presented in the form of existential nihilism which argues that life is without objective meaning, purpose, or intrinsic value. Moral nihilists assert that morality does not inherently exist, and that any established moral values are abstractly contrived. Subsequently there are no moral values with which to uphold a rule or logically prefer one action over another. Nihilism can also take epistemological, metaphysical, or ontological forms. Meaning, there is no point to anything, as in, any action taken has absolutely no value to the meaning in which it was taken. There was no purpose to taking it in the first place.
The term nihilism is sometimes used in association with anomie to explain the general mood of despair at a perceived pointlessness of existence that one may develop upon realizing there are no necessary norms, rules, or laws.

So that was a little explanation of what it is.
So my question is, what do you think of this?
Do you see it as a religion?
A philosophy?
Simply a way of life?
Do you agree with its "accusations"?

Well, I dont entirely favor nihilist thought, but there are some aspects, that I have grasped and have turned into a philosophy, by which I live.

Some people like to say its a religion.. I dont see how it could be. To me religion is defined as a belief in a supreme or higher power. So I dont consider Atheism a religion. It doesnt seem to fit the religion criteria. Atheism is more a way of life. I have many atheist friends and they all seemed to agree with me. I know its a lil' off topic, but any atheists out there think differently? Dalriada????

Sempai
Funny, this greatly reflects my own believes. However, the realization there are no absolute laws and rules, and the fact morals are just a byproduct of our society, none of that depresses me. Quite the contrary actually, it encourages me to think about what people take for granted, probe for the reasons behind everything and I feel relaxed about not taking main stream decissions.
K

Kouhai
Wow... you've actually managed to add a positive flare to Nihilism...
I mean.. nihilism is so.. pessimistic.. and cynical.. and misanthropic.. and warita.. you come prancing along.. and try lightening up the very definition of the words.. Brava, darling.. (although I do believe that livening it up is a disgrace to its very nature.. you are still fantastic

Sempai
For the most part I agree with Nihilistic philosophy that life itself is intrinsically without meaning, purpose, and value. I also agree that there is no pre-existing set of morals or laws but that which we have contrived through society. However, I argue that such absence of purpose or planned meaning does not make life pointless. In fact, without a purpose to life, how that life is used becomes everything by which its value is measured.

So there may not be any predetermined purpose to life. That does not mean life has to be full of dispair because one does not have a set role to fill. Life is about experiencing. A person can then only value their own life by how they have enjoyed it, and another's life by how it has impacted their own.

It explains a lot about basic human nature, and if the idea were understood and accepted, society in general could be a lot more effective at encouraging beneficial behavior.

I don't see despair and depression when I think of where Nihilism could lead. I see conflict, certainly, while everything gets worked out, but I see an eventuality where people understand it is in their best interests to work towards the well being and enjoyment of the majority.

The problem will be that there will always be some people that will not have their enjoyment of life enhanced by the collective efforts of the whole. However, according to Nihilism, the lives of others have no intrinsic value, and thus, if those people cannot find a way to themselves contribute to the whole, it doesn't really matter if they are miserable or not. Perhaps a harsh view, but logical, no?
P

What I see you bringing to this discussion of Nihilism is actually Existentialism. Existentialism is Nihilism's predecessor and also its happier cousin in a way.

I consider them both philosophies, although...

Religion...1. A belief enforced by the majority...2. A belief held within a like-minded community

Philosophy...An idea developed over time that is discussed in academia and is ignored by all except for professors and College Students

A way of Life---also Spirituality---depending on what your belief stucture is. A pure form of religion, acted upon by its owner regardless of surrounding views.

Nihilism's main point is that life has no meaning, there is no point, so why bother, "eat drink and be merry for tommorow we die," if you avoid the depressive aspect Nihilism is associated with you get Epicureanism.

Existentialism's main point is that life has no meaning until we make it have meaning. It is a journey of discovering one's meaning, and to me symbolizes an escape from Nihilism.
I think something should go here...
K

Kouhai
Wow, nice job.
Nomae's positive look on Nihilism started bringing me down.. Thank God she got it mixed up with something else..


Although I disagree with this. Religion is based off the practitioners personal life experiences in reference to some sort of higher power. It is not simply a belief enforced by the masses.. The basis of a religion is in the belief of a supernatural force or higher power. And individuals belief...
I'll admit that sometimes cultural influences pave the road for what religion you may practice, but there's most definitely so much more to it than that.

-the smooth, the suave, and the shrewd

Sempai
When you realised everything is arbitrary there are three ways you can go about your life.

1. Live it cause your here now, so might as well kill time.
2. Believe in a higher cause and the absolution that is God.
3. Suicide because everything is pointless anyway.

There is one fundamental problem with Nihilism. Its too rational. Since the enlightenment period, there has been this idea that rationality is good. While rationalisation is good for day to day social processes and integration, this does not mean you should neglect your emotions.

Humans emotional capacity is what makes us unique. Rationalisation is a small part of what being a human is about. Emotions can make banal events like meeting friends, eating, drinking etc meaningful. Therefore life is worth living.

Rationalisation is suppose to be the pinnacle of human coginitive processing. I believe inorder to reach true enlightenment, it can only come from your emotional capacity. Once you believe that, the idea of Nihilism become much less relevant and benign.

Summertime has come and gone...all used up with wishful thinking
K

Kouhai
You make a good point franzoir, but when one is trying to avoid using their heart and ignore all emotions, being rational, or adopting Nihilistic thought, is definitely the way to go..
People who are tired of getting fucked over.. may decide to approach life differently, and that's where Nihilistic thought comes in.

Kouhai
well, not that it is unfit but franzoir reply implies absurdism instead of nihilism, since it founds those solution.
F

-the smooth, the suave, and the shrewd

Sempai
QUOTE (Z_man @ Dec 05 2009, 05:56 AM) well, not that it is unfit but franzoir reply implies absurdism instead of nihilism, since it founds those solution.
I do not study philosophy myself but im quite amaze how my own natural thinking is already encompassed in another theory created in the 20th century.

I guess there truly is no more originality left in the world.

Eitherway, i reckon absurdism is a reactionary theory to nihilism but i would imagine the gap between the two is quite small. Both recognised the futility of life but have different ways of managing it.

I would say absurdism is the way to go or just plain stupidity. I honestly doubt it is worth knowing that reality is arbitrary and inherently meaningless. Maybe sometimes its best we remain euphorically stupid.

Like that guy in the matrix. Maybe it would of been better to take the blue pill.

Summertime has come and gone...all used up with wishful thinking
Z

Kouhai
Something that i learned is that the more knowledge you have the less hope for an improvimente in general society, thus the more you know the more nihilistic you get in a way.
I remenber some philosopher telling something similar but not quite remenber who.
D

Kouhai
QUOTE (franzoir @ Dec 05 2009, 09:18 AM)QUOTE (Z_man @ Dec 05 2009, 05:56 AM) well, not that it is unfit but franzoir reply implies absurdism instead of nihilism, since it founds those solution.
I do not study philosophy myself but im quite amaze how my own natural thinking is already encompassed in another theory created in the 20th century.

I guess there truly is no more originality left in the world.

Eitherway, i reckon absurdism is a reactionary theory to nihilism but i would imagine the gap between the two is quite small. Both recognised the futility of life but have different ways of managing it.

I would say absurdism is the way to go or just plain stupidity. I honestly doubt it is worth knowing that reality is arbitrary and inherently meaningless. Maybe sometimes its best we remain euphorically stupid.

Like that guy in the matrix. Maybe it would of been better to take the blue pill.

Personally, I think there is a huge difference between nihilism and absurdism. absurdism is pessimistic way to see things around us by rejecting or even mocking the reasons given by ppl. On the other hand, Nihilism is more like an realistic approach since (i think) nihilism put Humans at their place because it tells us that the meanings the humans gave to things are pointless because things were there before us so why searching for a meaning? it tell us to live our lives virtually without worries.

its an ideology that goes against science and religion at the same time. 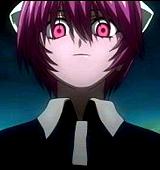 Kouhai
I think nihilism is a matter of perspective. you could use it as an excuse to be negative, or you could see it as liberating you from the ideals that society has forced on so many of us. It can either confine you to believe there is no point to anything or it could help you to think outside the box and enjoy what you have right now. It all depends on the individuals perspective. I dont think its a religeon, mor of a lifestyle choice. Im not very religous but I like to take the parts of different religions and incorperate them into my life.
You must log in or register to reply here.