We are back with Daida and witness him being forced the elixir of resection. Consuming all its contents, he goes into a spasm and after a brief moment of unconsciousness he awakens. The mirror looks on clearly satisfied with events saying Daida will be a receptible but to what exactly? 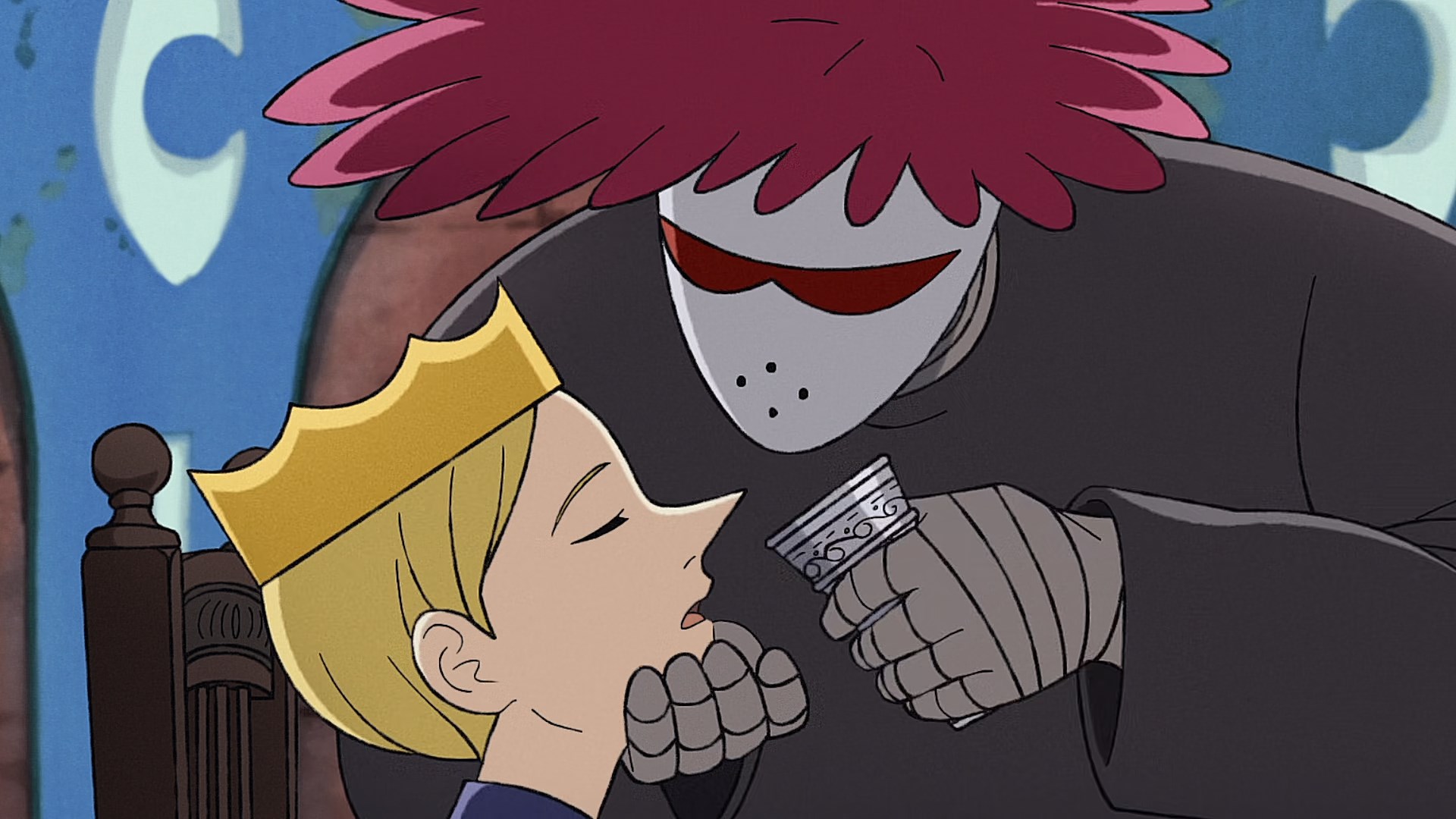 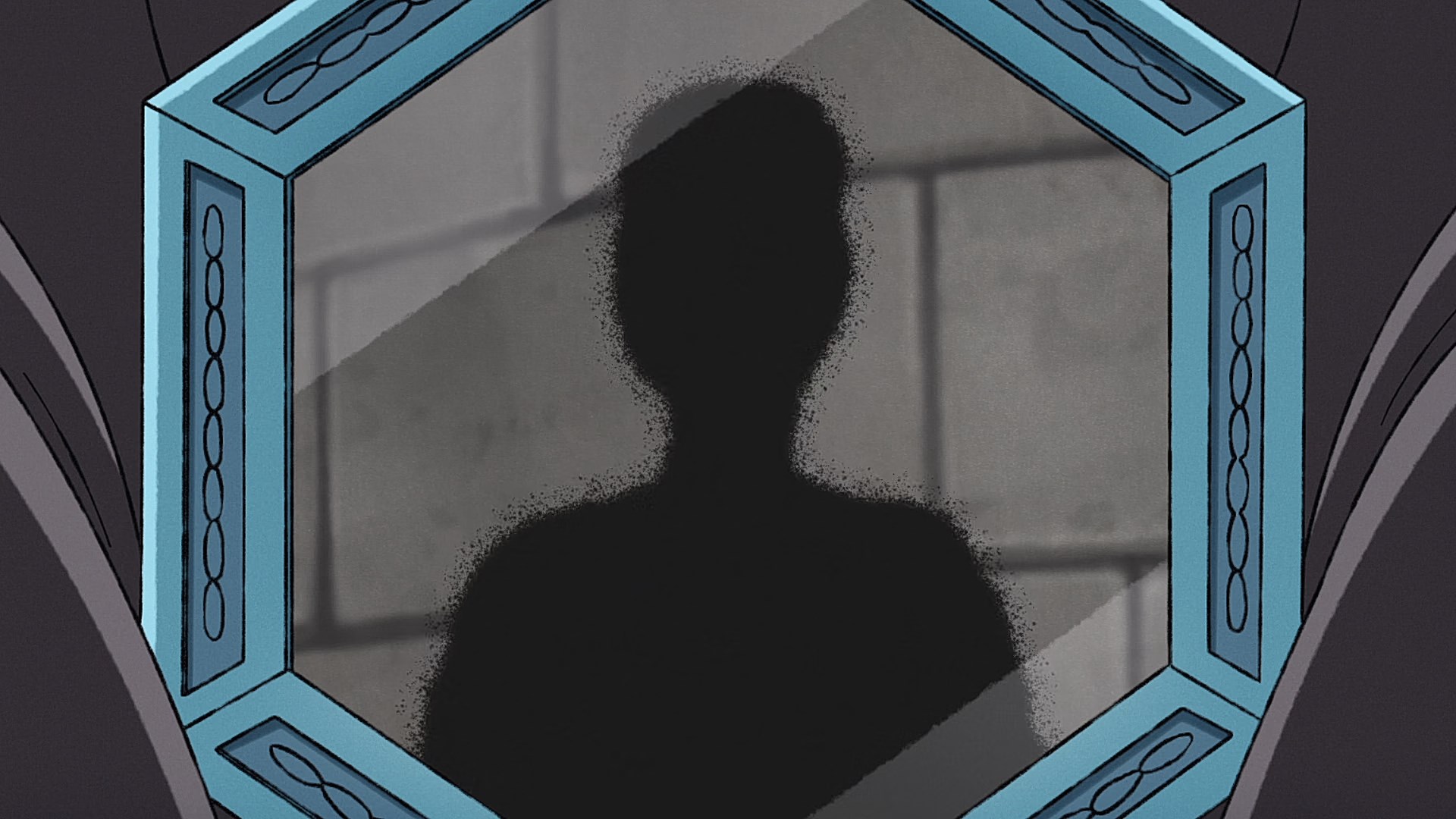 Things then move onto Bojji and Kage and their meeting with Despa. Kage quickly dispenses with the letter of recommendation to ensure they gain the services of Despa. Despa reads the letter but can’t help but get side-tracked by his rivalry with his brothers recounting why he is jealous over his good looks. Kage doesn’t have patience for navel gazing and insists he focuses on the matter at hand of training Bojji. Despa agrees but only for a price… 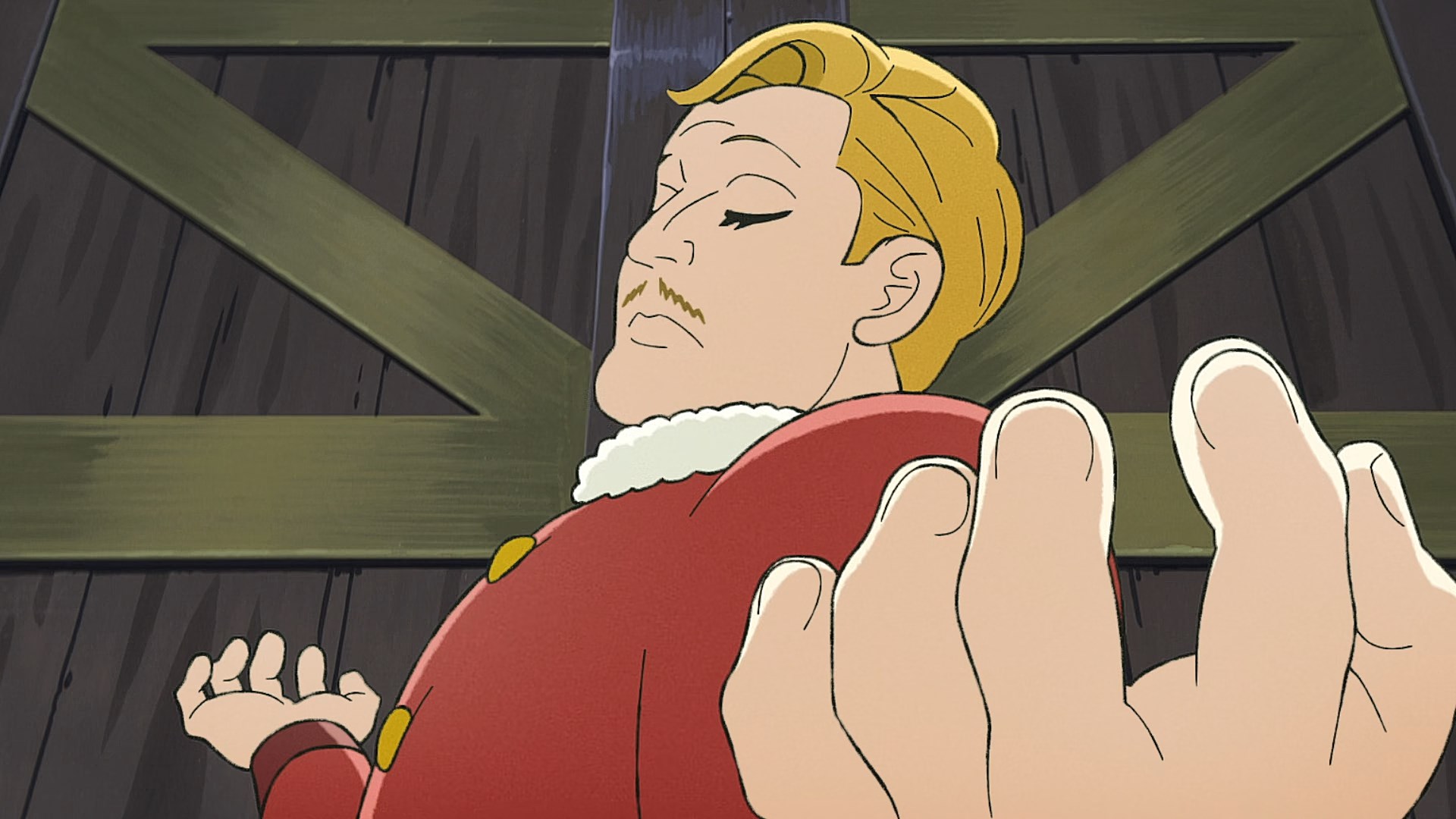 Kage dishes out the goods first handing over the money provided by Bebin. When this isn’t enough, he reluctantly gives out more treasure this time from the stuff he stole from Bojji’s castle! Suitably impressed Despa takes Bojji on as an apprentice! Bojji, not caring about Kage’s thievery, is ecstatic to have got Despa to train him! 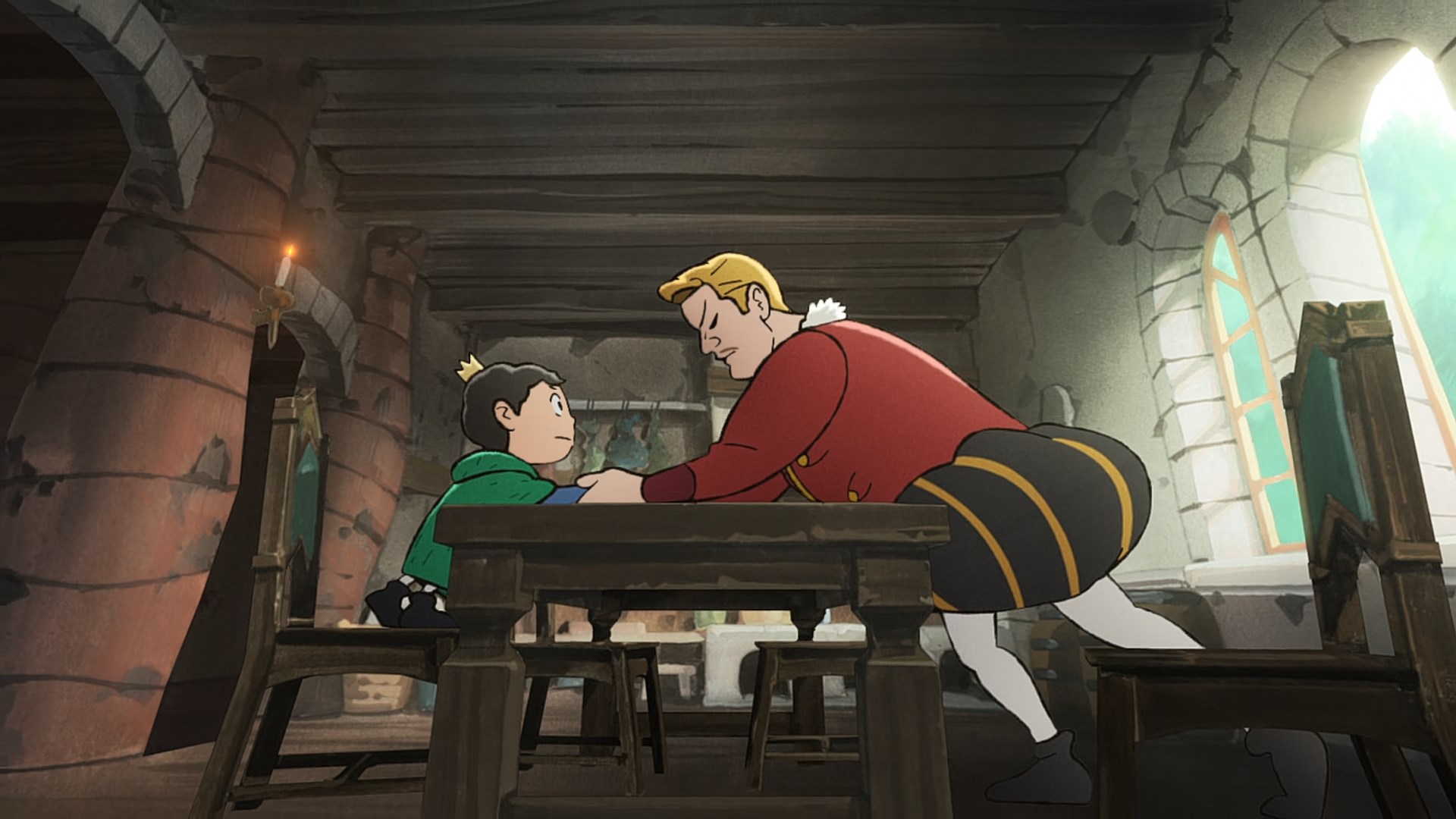 He invites both of them into his house and quickly asks that Bojji take a seat on his chair. Despa instructs Bojji to stick his hands out and grasps both of them pondering for a moment the potential held within the prince. He is amazed at what he senses or rather what he cannot sense as Bojji lacks any physical strength! There is a moment of stunned silence but Despa breaks it down saying that no matter how hard Bojji trains he will not get physically stronger. Sad and dejected Bojji makes his way out sobbing along the way when Despa stops him. Despite this lack of strength, he remains steadfast in helping the lad and vows there is potential that goes beyond physical might.

With that out the way Kage and Bojji chill for the rest of the day but before sleeping there is drama as Despa has got clobbered in some pub brawl. Despite his unseemly appearance he insists he won the fight despite Kage prodding him to say he lost. Shaking their heads in disbelieve they both retire for the night.

Before going to sleep Kage reminds Bojji that he has never cleaned or done chores before and suggests he leaves those tasks to him… And off course Bojji fully ignores that advice and gets up cleaning the house and cooking a meal that looks kinda dangerous. Kage and Despa can only look in disbelief at the breakfast that has been served! Sensing apprehension, Bojji attempts to reassure them that this meal is edible by gleefully taking a bite. Reassured the pair both decide to eat up then realise the thing is dang awful and Bojji just had a good poker face! 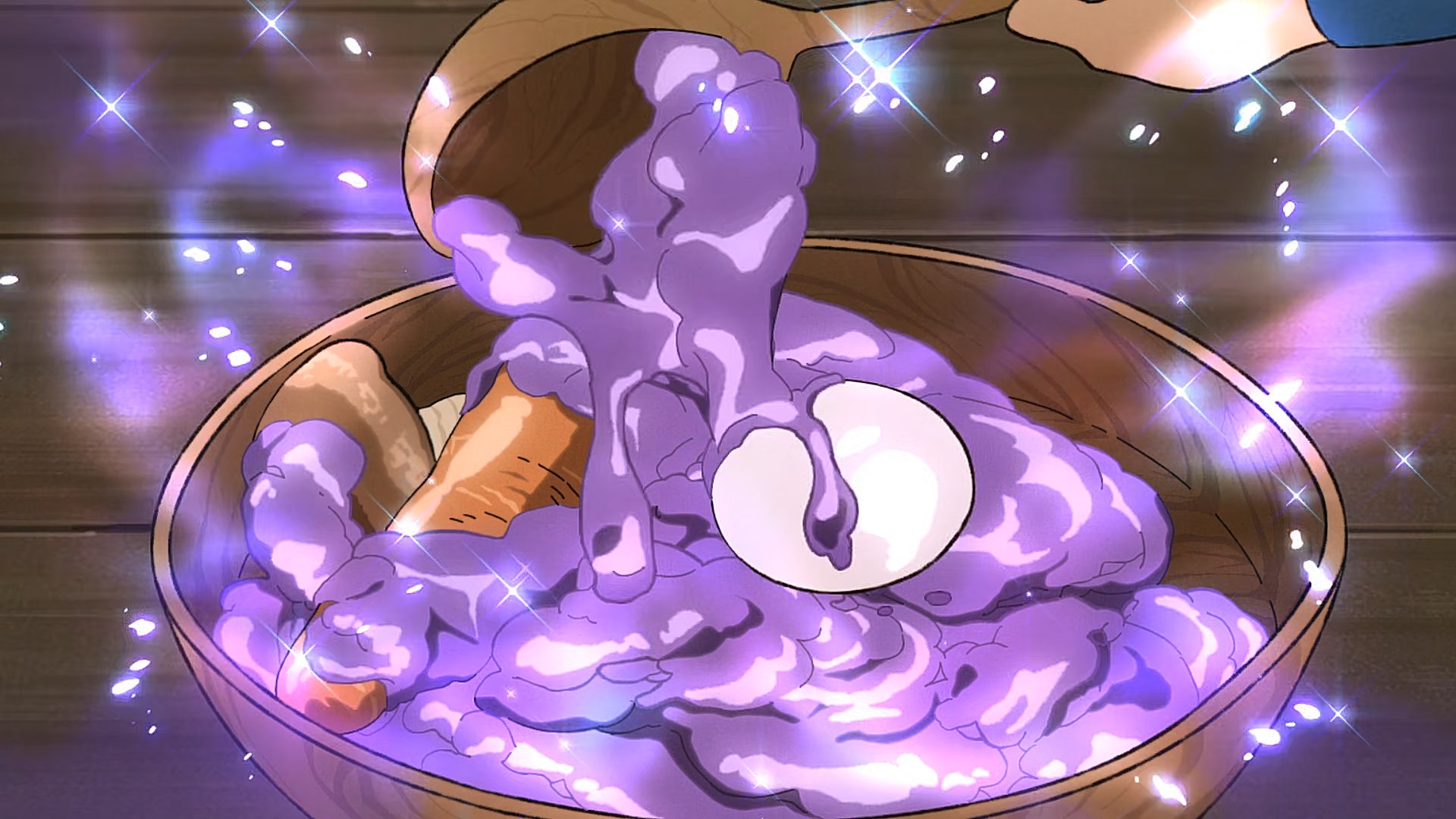 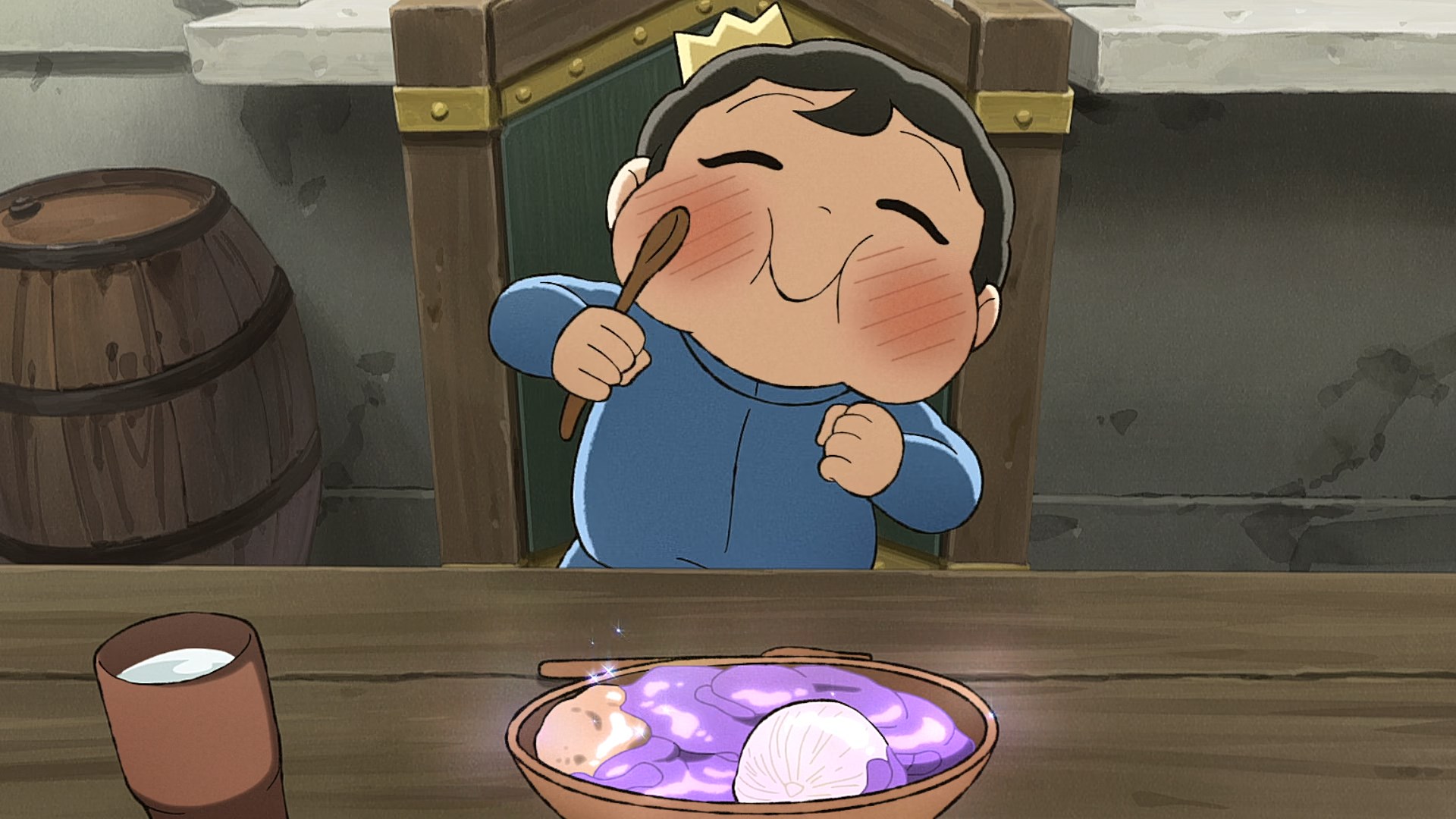 Despa calls Kage over and says that since Bojji is a descendant from the giant race he has an iron stomach that can handle all kinds of food including poisons! It is this hardy stomach that has prevented him from gagging and so Despa makes a pledge with Kage that from this day forth they CANNOT let Bojji cook!

Bad cuisine aside, Despa takes Bojji to his armoury and asks him to select the weapon he will train with. The arsenal of weapons stored in this room is impressive and initially Bojji picks out the smallest axe in the room but is almost decapitated when he loses his balance handling the thing. After this close shave he then points to a weapon off screen which Despa agrees was the weapon made for him.

Kage asks what we are thinking as he is at a loss to know why his training or even his weapon is kept a secret. Despa highlights that the spice to success is to keep such things hidden and that Kage should fill the support role in cheering him up should he get dispirited. We get the usual training montage that is typical of training episodes and things seem to be running smoothly that is until there is what appears to be a load explosion. Startled about this sudden roar Kage checks to see what the hell happened but Despa simply says everything is fine. What he sees is rather surprising… 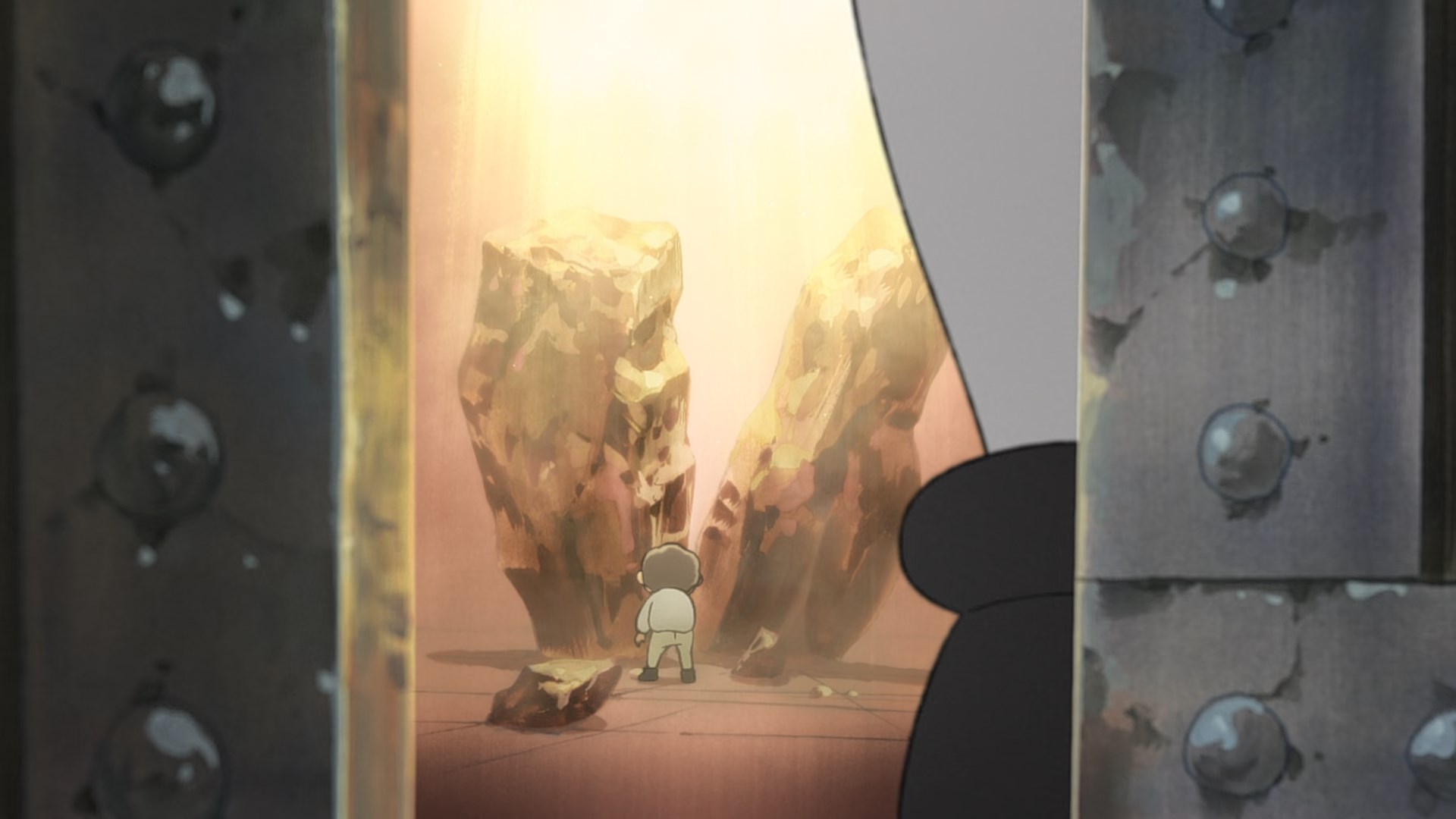 Speaking of surprises, we see Daida slowly walk across the throne room and ascends the stairs to the throne. Sitting down he says that another son had to be sacrificed. What body currently possesses Daida?

Thoughts: The last couple of episodes were fairly strong but this one seems a little mundane and slower paced with the vast majority of it devoted to what amounted to a training episode. In terms of plot points the biggest ones actually came from the Daida scenes which unfortunately were rather short affairs as we only saw him right at the start and end of the episode. I would have liked to see more of him if I am honest but the hope is the pressing questions raised here will be explained soon enough.
Click to expand...