Review Prequel series part 3 - That Time I Got Reincarnated as a Slime! Season two part one review

In the third part of the prequel series I will cover the latest completed season of Slime Reincarnation. I actually found season two to be better than the first so if you have already watched season one then I highly recommend you watch this. 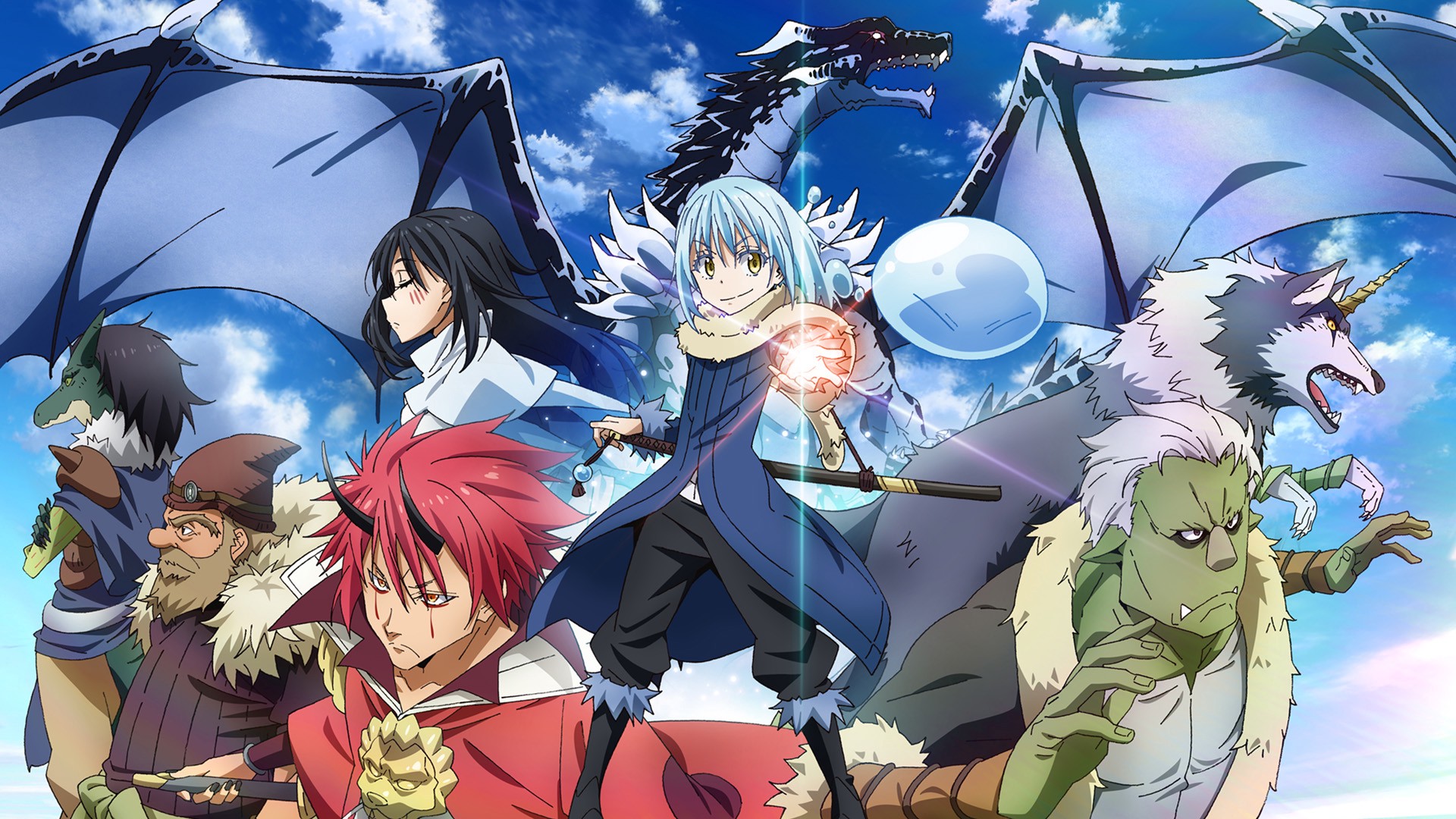 Season two of That Time I Got Reincarnated as a Slime is an action/fantasy isekai series that was initially released in the Winter of 2021 season. It kicks off just where the first season ended. If you have not seen season one then you must watch it otherwise you will get lost in the plot developments. At the absolute minimum you need to watch episode 24.5 which is a recap (and perhaps teaser) episode to the entire first season. 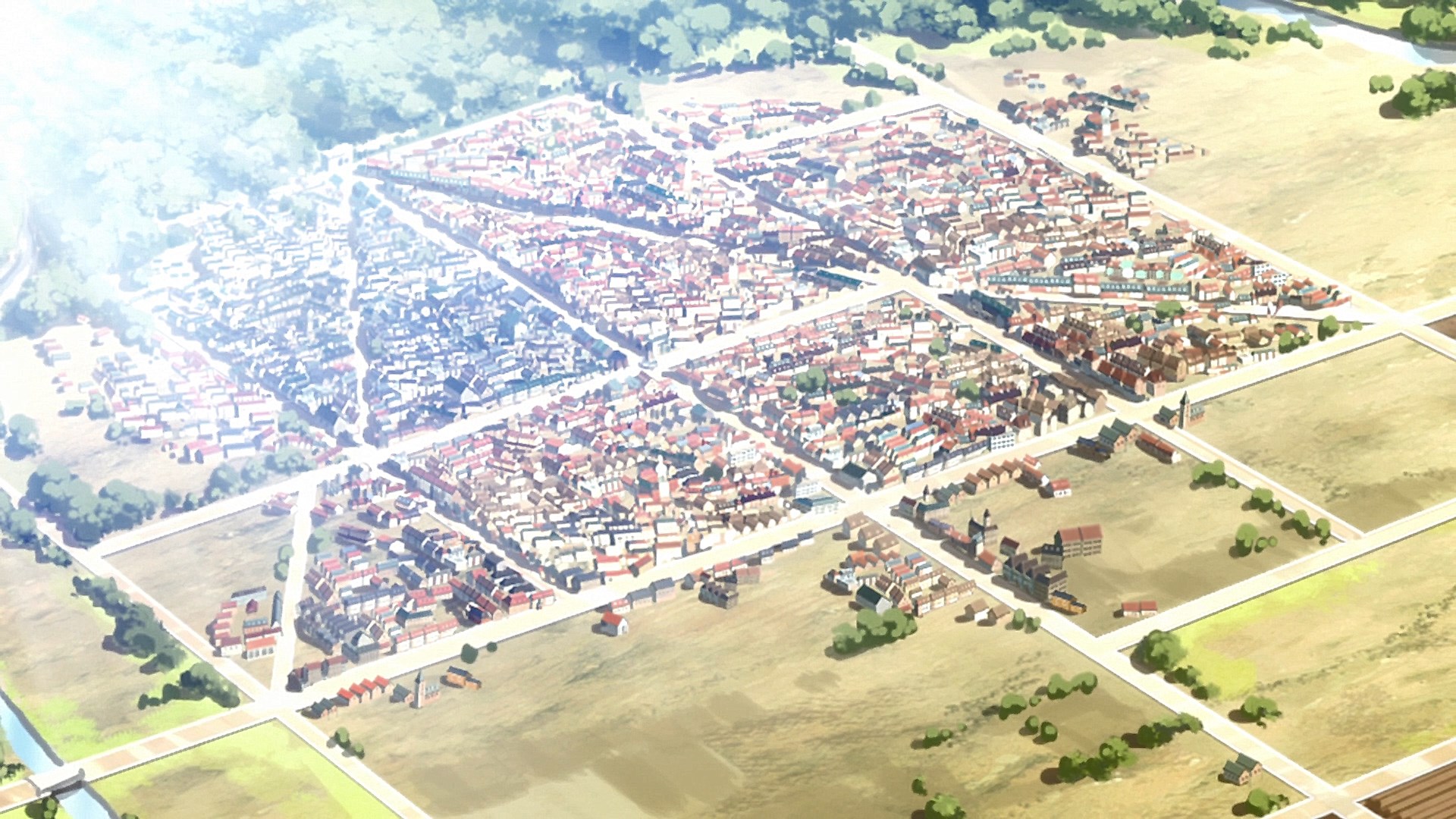 Going back to the plot, as seen at the end of the first season the humble slime town has transformed into a bustling and increasingly influential nation. What may appear to be boon can also be a curse however and it is not long before our slime hero discovers he could be a victim of his own success. After all, with bigger nations comes bigger problems. This, in essence, is the narrative of season two. Rather than focus on the immediate needs of the people as came before this season looks at the bigger picture and tries to frame things on a grander scale expanding on the nearby nation’s morals and their overall motivations/aspirations.

Whilst this is explained relatively well, I must admit that the opening world building segment was the weakest point of the entire season. It starts of rather slow and to some extent over stayed its welcome although I can see some people getting a buzz from such dialogue. Fortunately, this is not a protracted phase and it is not long before a clear adversary is established. When that occurs, the series goes into high gear and this high-octane pace is maintained for the rest of the season.

What we get from this point on is a series primarily driven by action. Action of the epic kind. We get to see slime in his most OP form but his latest opponents are more than up to the challenge pushing him (and his allies) to brink. These battles are entertaining to watch and we see things never previously seen before plus some of the outcomes that occur can be rather shocking. Be warned; this series does not really hold back its punches when delivering a point!

The drama is not just limited to action however; this season touches upon a major point made early on in the first season. It is a fundamental principle that is made to the allies of Tempest and this idea is challenged in the most dramatic fashion. It leaves the main characters paralysed and the subsequent dilemma that results clearly acts as a test of resolve to one of their fundamental beliefs. The decision made at this point here is critical and acts to pivot the entire show into a different direction from its earlier light hearted tone to something more sinister. It took some balls to take the series in the direction it did and is a welcome surprise as it could have easily gone for the safe boring option. Kudos for avoiding any easy and safe options.

Even at the conclusion of the season not all is well in the land of slime. Key rivals and threats remain and the happy go lucky attitude that held previously subsides to pragmatic realism as Mr Slime realises that simple negotiations may not always be the best or even a viable option. This all paves the path for the second part of season two suggesting not only will we get more dramatic conflicts and challenges but that the narrative direction will take on a different darker tone.

With all that said I still feel there are flaws with this season. Whilst the main villain in this show was given a decent enough explanation on why they committed the actions they did this was not extended to all adversaries. I felt one of the major antagonists who fought in the most epic battle of the entire season was not given an adequate explanation (at least in my eyes) of why they were so dogmatic in their beliefs. I suppose if you watch the show, you may disagree with my viewpoint particularly if you consider the title of said character but to me, they just should have not known better. I would also add that some of the minor villains seemed to be evil for the sake of being evil and lacked any dimension. This was a peeve of mine but since they did not have a large impact on the overall plot it was something easier to overlook.

Still, despite those shortcomings I would consider this season was an improvement over the first one. Many of the weaknesses highlighted in the first review were addressed and tackled in some fashion ensuring this series will be of interest to a wider scope of anime fans. Fanservice is toned down and the harem aspect is almost gone. Easy relationships become more complicated and there is intrigue which, again tackles a point of contention I made in my previous review. Overall while there are still funny/fanservice moments to be had (especially at the start) this season pays a much greater focus on story.

Animation remains similar to what we saw before and I am pleased to say most of the action seasons shown in this season capture the mood in style. There are not so many new characters introduced this time round and the “level ups” are down which was a shame. For what we do get the character designs are creative and good. Still not feeling the opening and ending credits here. The opening is from Storyteller by True while the ending theme is Storyseeker by Stereo Dive Foundation. 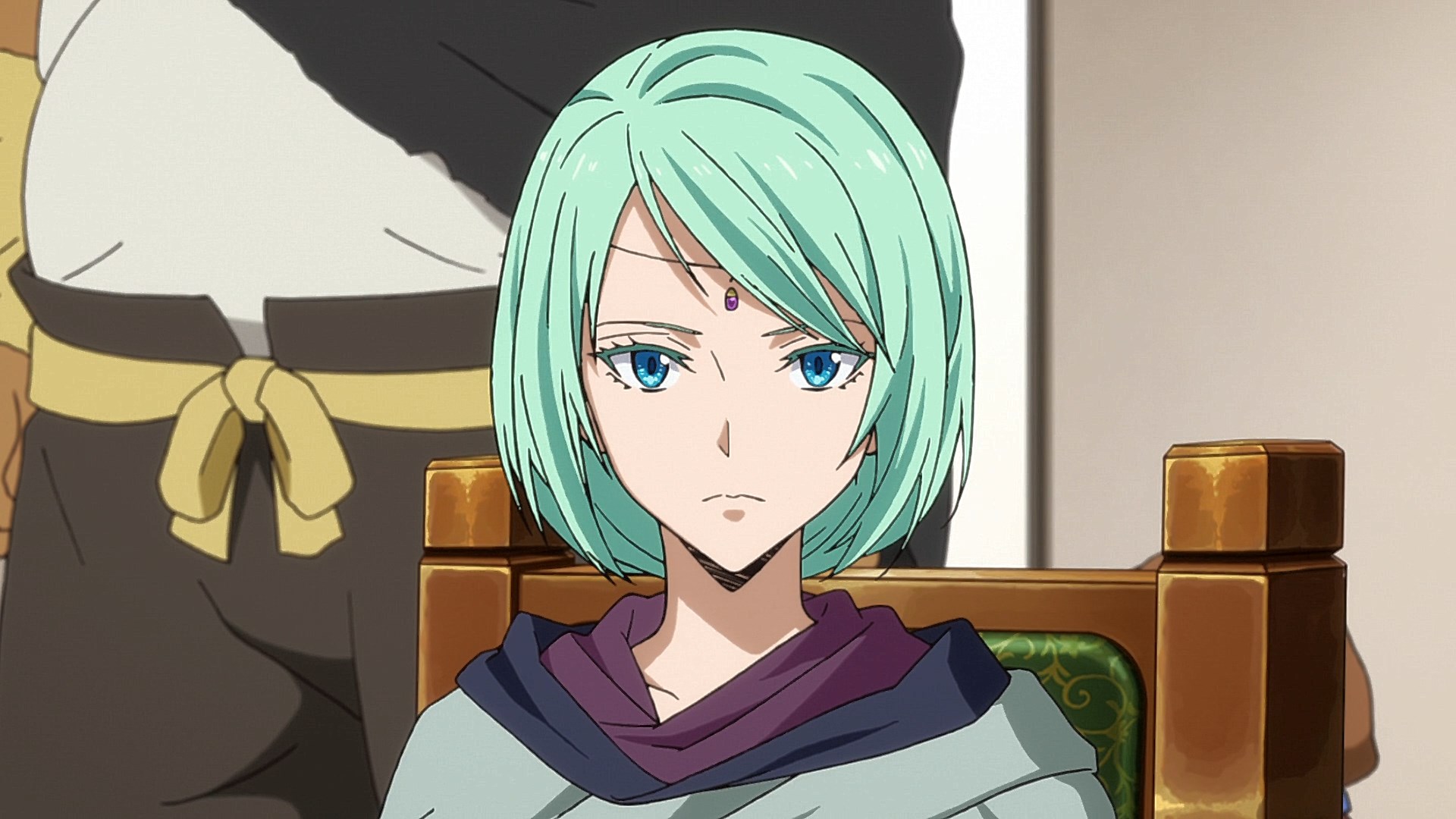 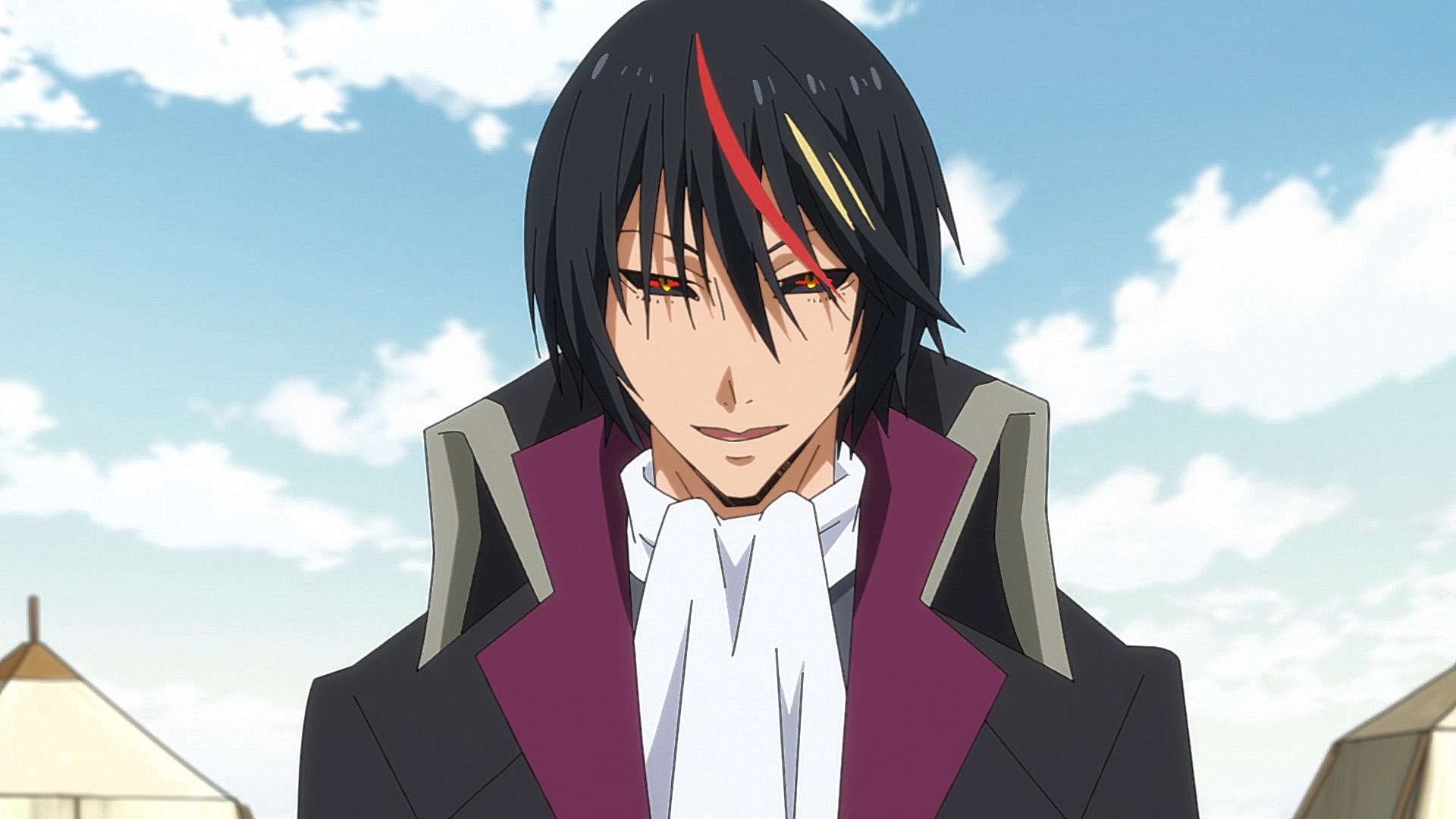 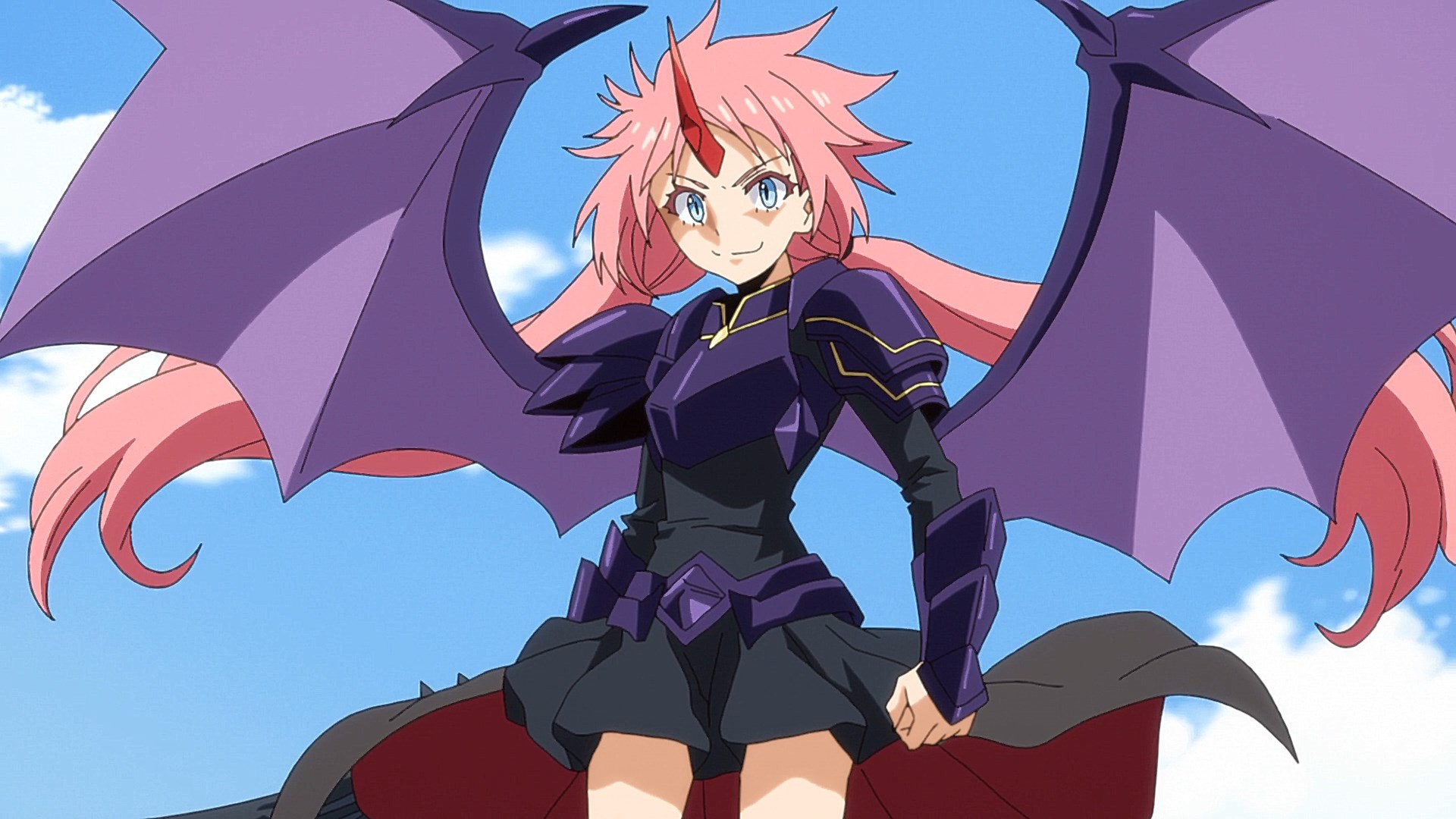 Overall, The Time I Got Reincarnated as a Slime season two delivers on the promise of season one and then some. I would say it is not just a good series but perhaps one of the strongest shows of the winter 2021 season. I can’t really recommend season two on its own however as you do need to watch the first to enjoy this one. Whilst this season two gets off to a slow start, things pick up and when it does then things go fast with a capital F. Now do not take this to mean it is rushed for it is not. The biggest issues I would have with this season is that some of the antagonists were a bit underdeveloped and their motivations suspect; it is almost like they acted evil to drive a narrative point and not much else. On the whole though this was a very good season so I would not let this point discourage you from watching the show. I just hope the second part of season two delivers a similar experience.

Story 8.5 – Certainly the strong point of the show. It starts slow but then the show gets red hot but in a good way. There is drama and action in every episode and just when you think things may calm down something is introduced to increase the stakes further. It is a good ride from episode four till the end.

Characters 7.5 – What you see from season one is what you get here. The characters are generally good but character development is limited for the most part. There is one major exception and the development made here plays a pivotal role in the entire direction of the series. This growth is so dramatic that it raises the overall character score.

Animation 7 – The animation keeps up with the increasing demands this show places on it as the action scenes become more ambitious than before. The wonky CGI seem in season one is no more so this is season delivers an improved experience.

Overall 8 – It is an improvement over season one for sure. Bigger more epic battles, greater nuance to relationships means you can no longer assume everyone has honest intentions. Many of the other factors that may put off other fans have been toned down so this season will entertain a wider scope of anime fans.

If you are interested in seeing some snaps of the anime then check out the Slime gallery! Be warned as it contains some spoilers! That Time I Got Reincarnated as a Slime