In the fourth part of the prequal series I will look into Magia Records which is a side story to the renowned Madoka series. While not quite as good as its main story counterpart Magia Records was still a fairly enjoyable watch. What is more this series has the potential for its second season to eclipse the opener as most of the character exposition and backstory has been covered. 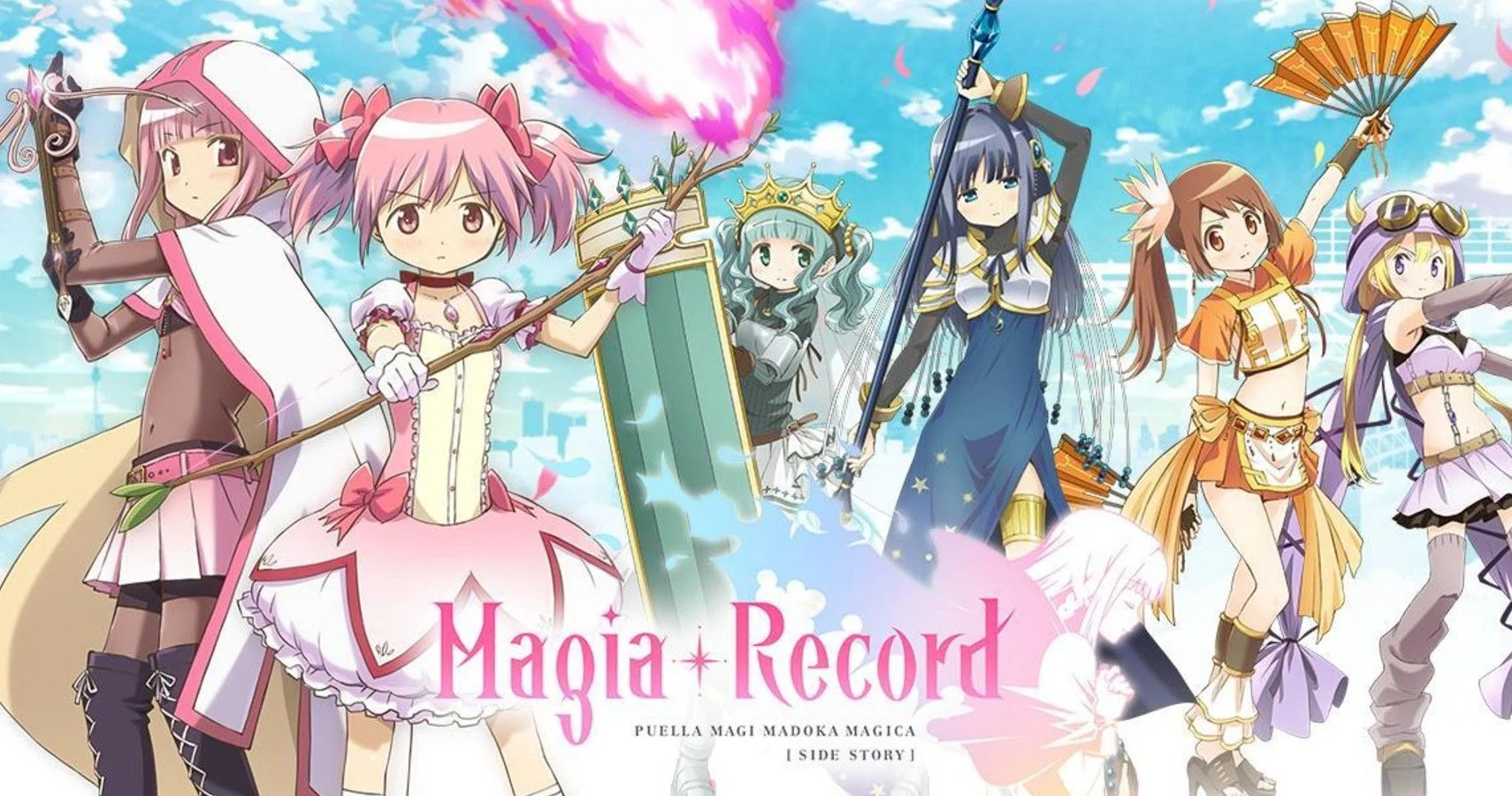 Magia Record: Puella Magi Madoka Magica Side Story also known as Magia Record: Mahou Shoujo Madoka☆Magica Gaiden is a dark magical girl series that was originally broadcast in the Winter of 2020. A second season of Magia Record is due for release in the Summer of 2021 season whilst a third and final season is provisionally due to air in the Winter of 2022. That release date for the final season is still subject to change so take it with a pinch of salt.

In this tale our main protagonist is Iroha Tamaki. Unlike most magical girls Iroha cannot remember the wish she made to become magical and simply tries to protect the world from witches. She soon hears of a means that magical girls can be saved from their tragic fate and travels to Kamihama City to ascertain the truth to those rumours. Soon after reaching this city, she begins to gain recollections of the wish she originally made. Compelled by her powerful memories plus the desire to survive the dark magical girl fate, Iroha remains in Kamihama to investigate those rumours further. 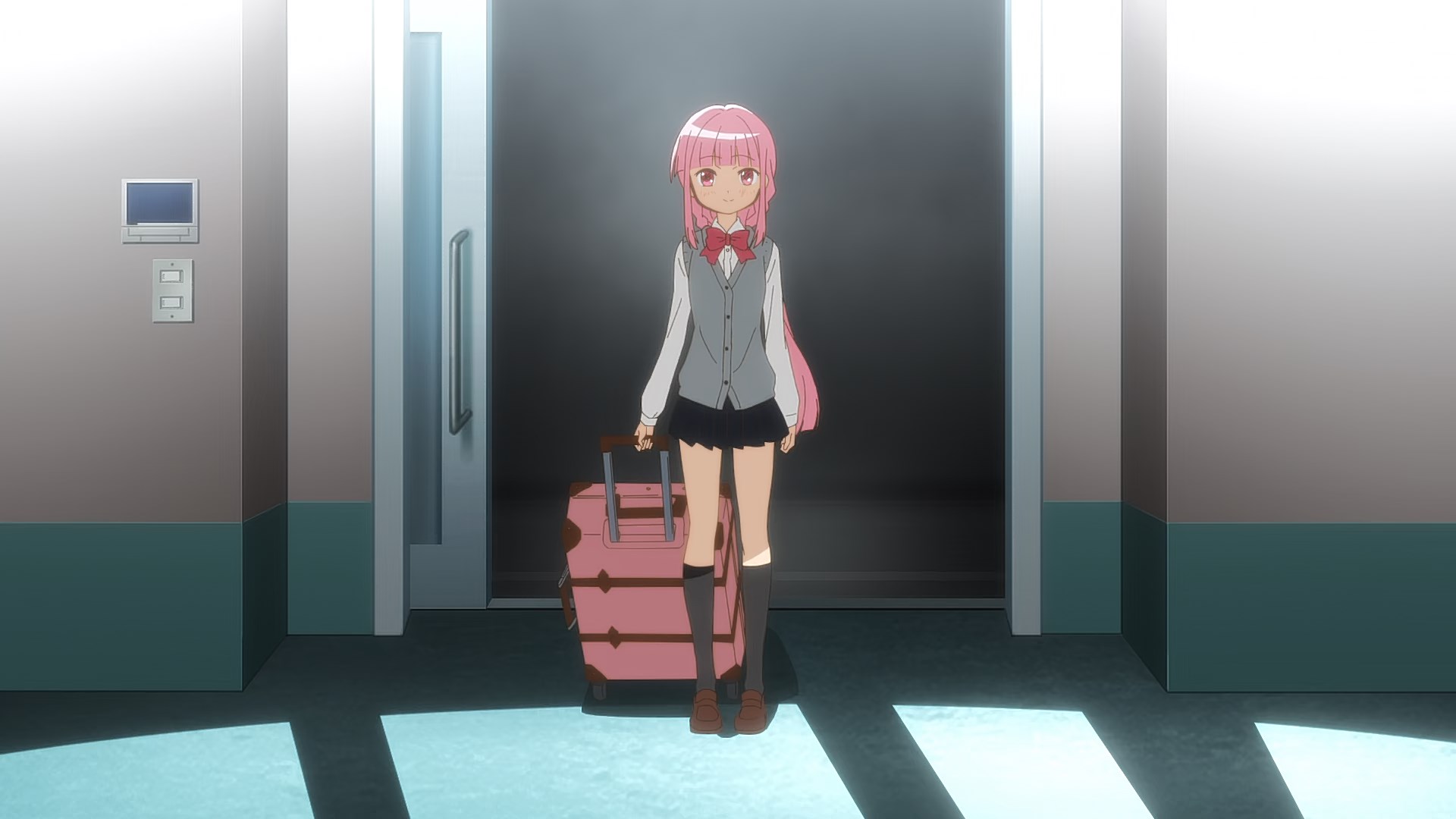 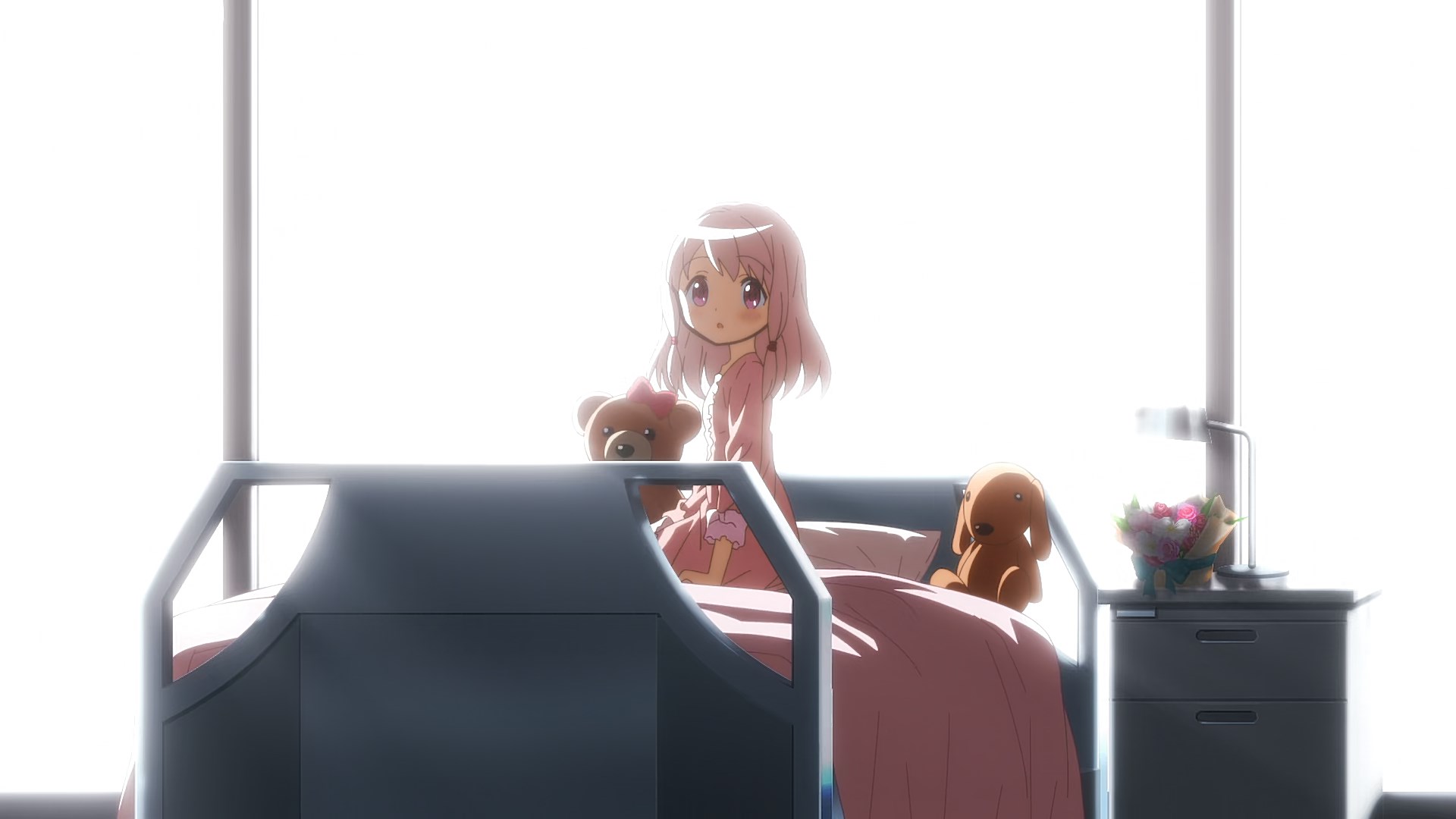 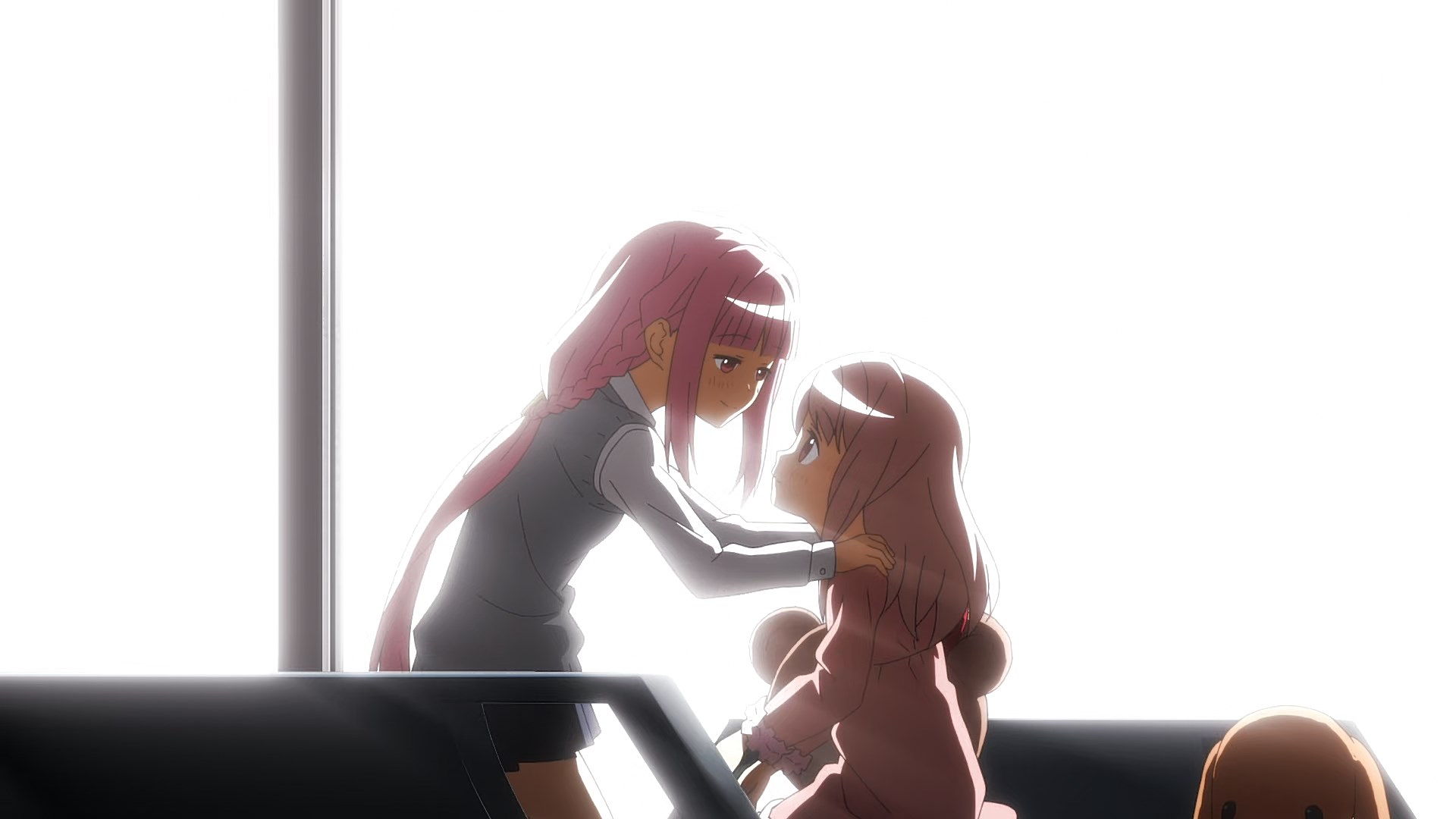 The backdrop sounds pretty good but I must say from the get-go that to enjoy this series you have to understand this is a side-story. If you think this is going to match Madoka then you will be disappointed. To get the most out of this you need to treat it for what it is a side-story. I say because whilst the premise has a lot of potential it is not expanded upon. At least not for a large chunk of the series. Instead, the meat of the show centres on a series of arcs that add depth to the various characters Iroha encounters. 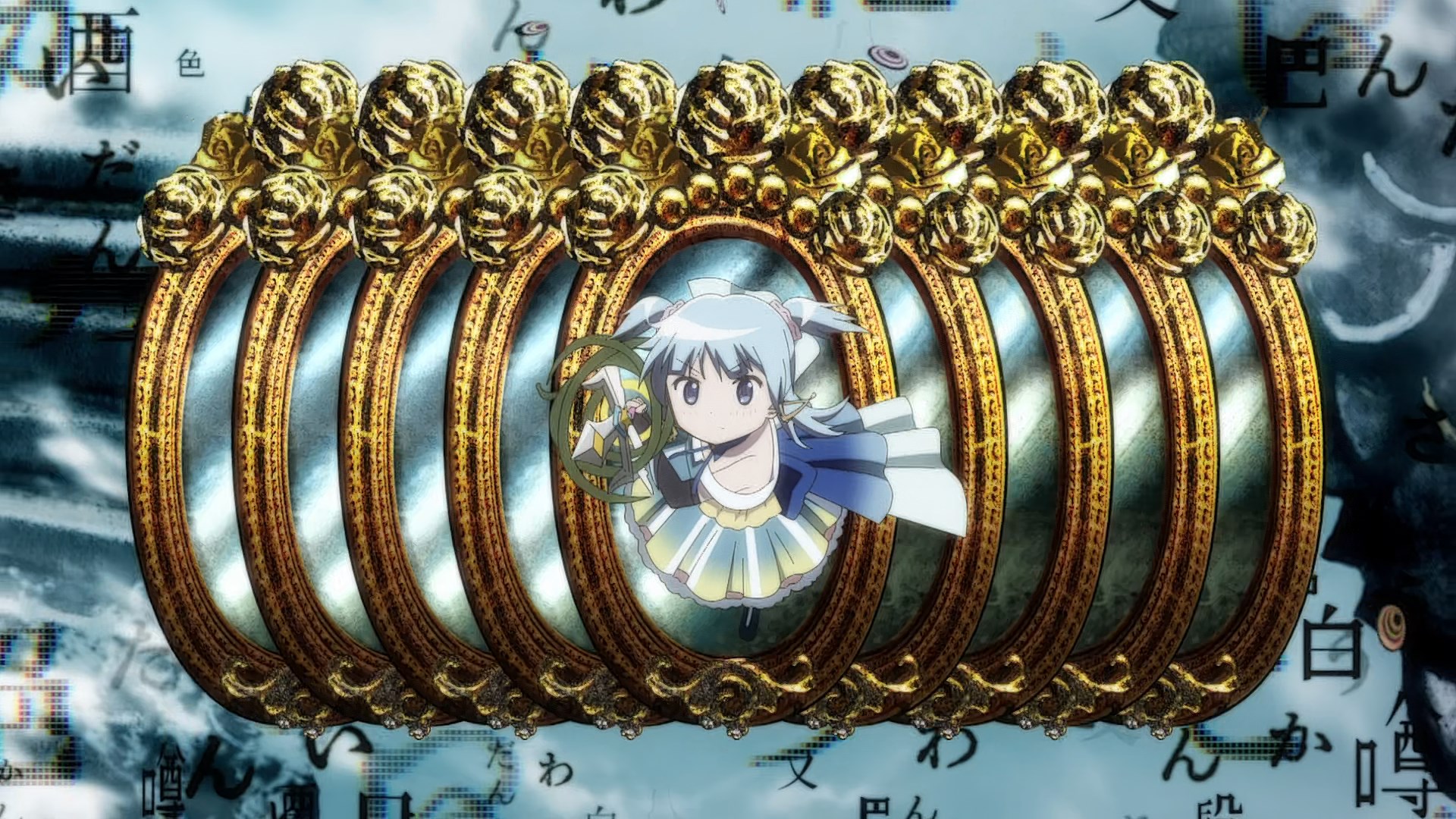 In regards to the actual side-stories themselves there are four in total and they all are the same in terms of length. Starting from episode two each arc lasts two episodes and each arc focuses on a particular character delving into their mindsets plus inner demons. It is in these moments where we gain the most insight on their psyches learning what makes each individual girl tick. These details and revelations all serve to heighten the climax for the show.

I wouldn’t like to offer any specific details as this is one of the biggest sources of entertainment that Magia Records offers. For what it is worth all the individual side stories were solid as they were all entertaining in their own way. There was no repetition and each story was unique reflecting the individual characteristic of the girl in that story. It was a plus point of the show.

Saying that, despite the side tales being good I can understand people being frustrated. I don’t know about you but for me the side-stories are kind of like side-dishes; whilst they offer moderate enjoyment and delight, they do still leave you somewhat hungry. That is the sort of aftertaste I got from this show. However, there is light at the end of the tunnel as the final three episodes do start to move the main narrative forward.

Taking the cast as a whole, I actually felt the antagonists of the show were more memorable. I say this due to the antagonist’s mysterious nature as we are left in the dark about whether their intentions are genuine or hide a hidden malice. It is never made clear even at the end and it all adds to the mystery of the show. I think, or at least hope, this is built on in the second season as whilst their hand is shown a bit more clearly nothing is truly revealed.

In terms of the main characters, most of them as stated before are decent but nothing particularly spectacular. Most of them get developed in the arcs as mentioned and if I had to make a point here, I felt the weakest one would have been Iroha as whilst she is not a bad lead, she seems a little bland almost like an empty taxi. She is not memorable and do think the show would have been better of casting Yachiyo Nanami as the main lead. On the brighter side Iroha is not quite as timid as Madoka and is prepared, at times, to be assertive which is a positive in my books.

What can’t be understated in Magia Records is the standard of its animation. It is simply breath taking! From the character designs to the background shots, it is all great. The battle scenes or even the introduction to the various witches all follow the signature style of Madoka; a style that made Madoka such a memorable series. You can never get tired viewing this show as it is simply a pleasure to watch in fact, I can see some people simply watching Magia Records for its animation alone! It is that good. 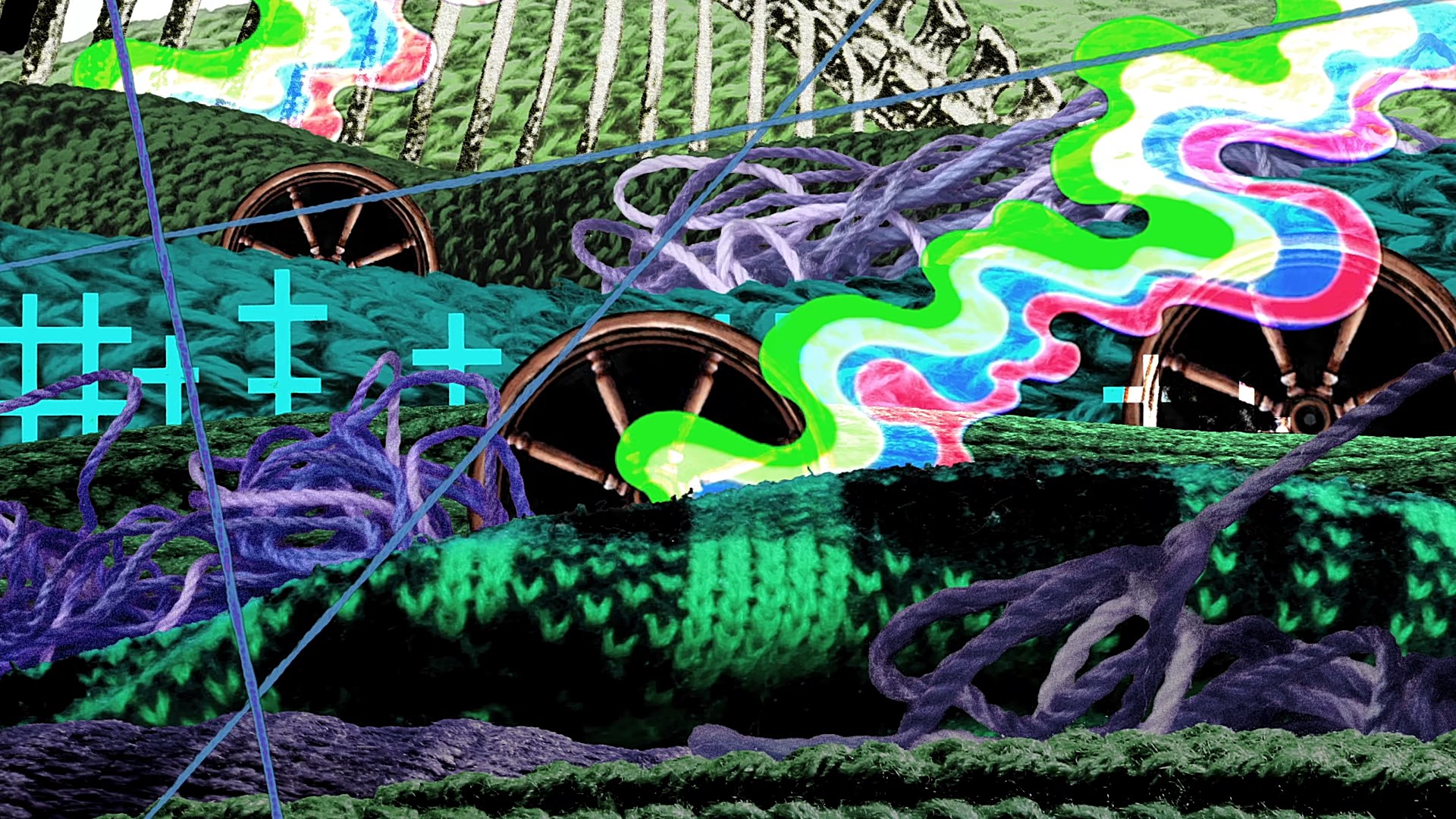 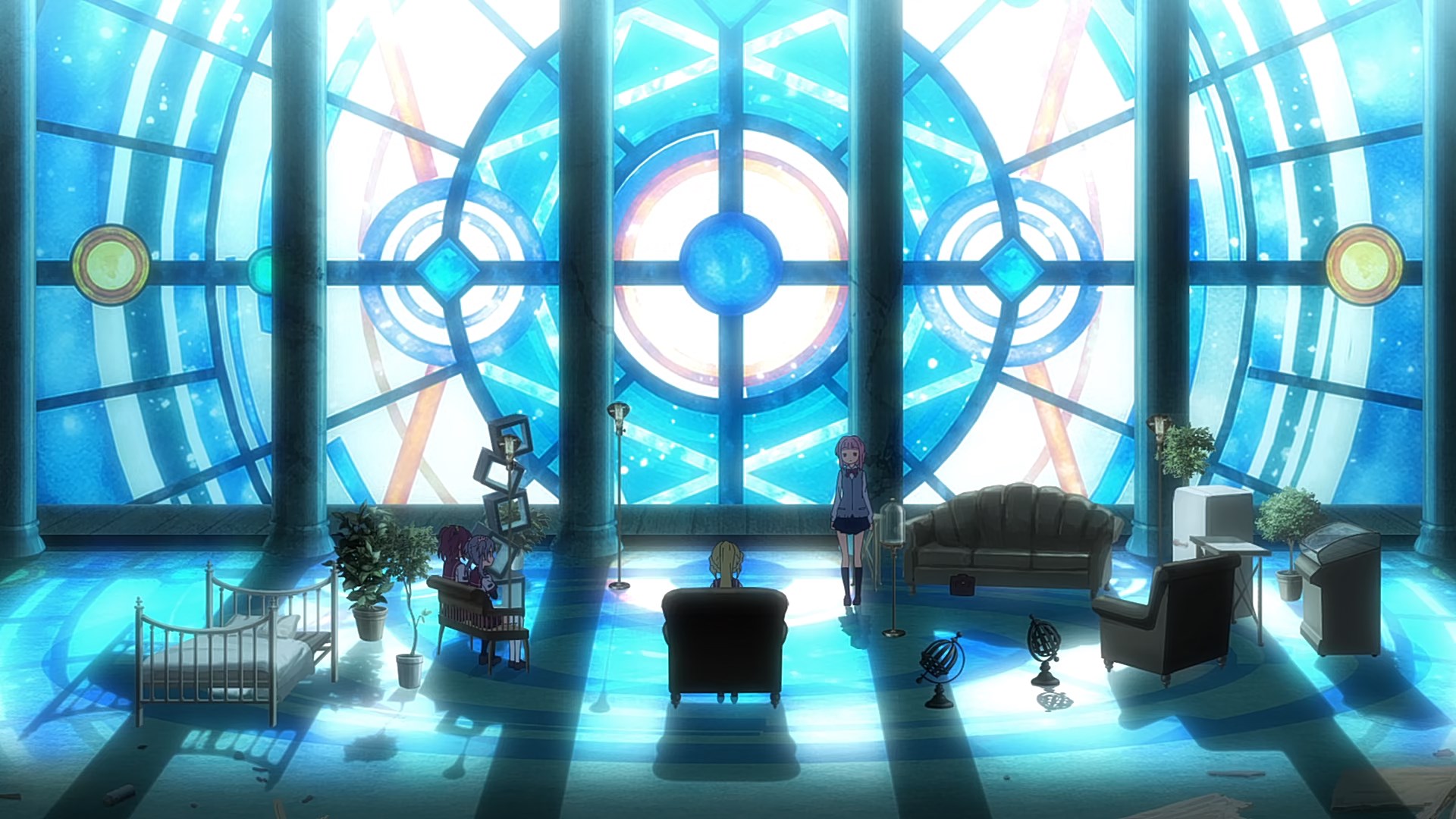 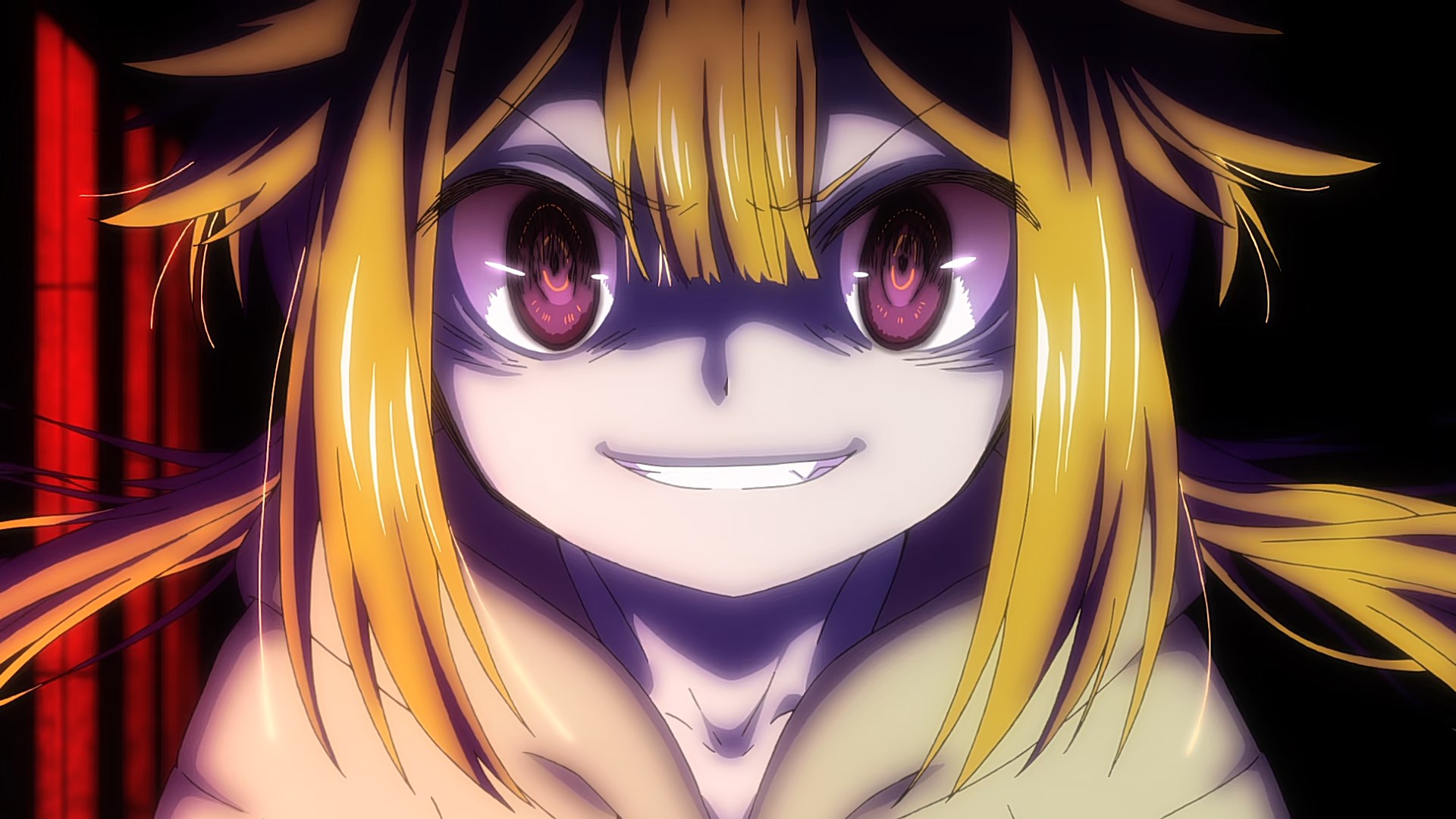 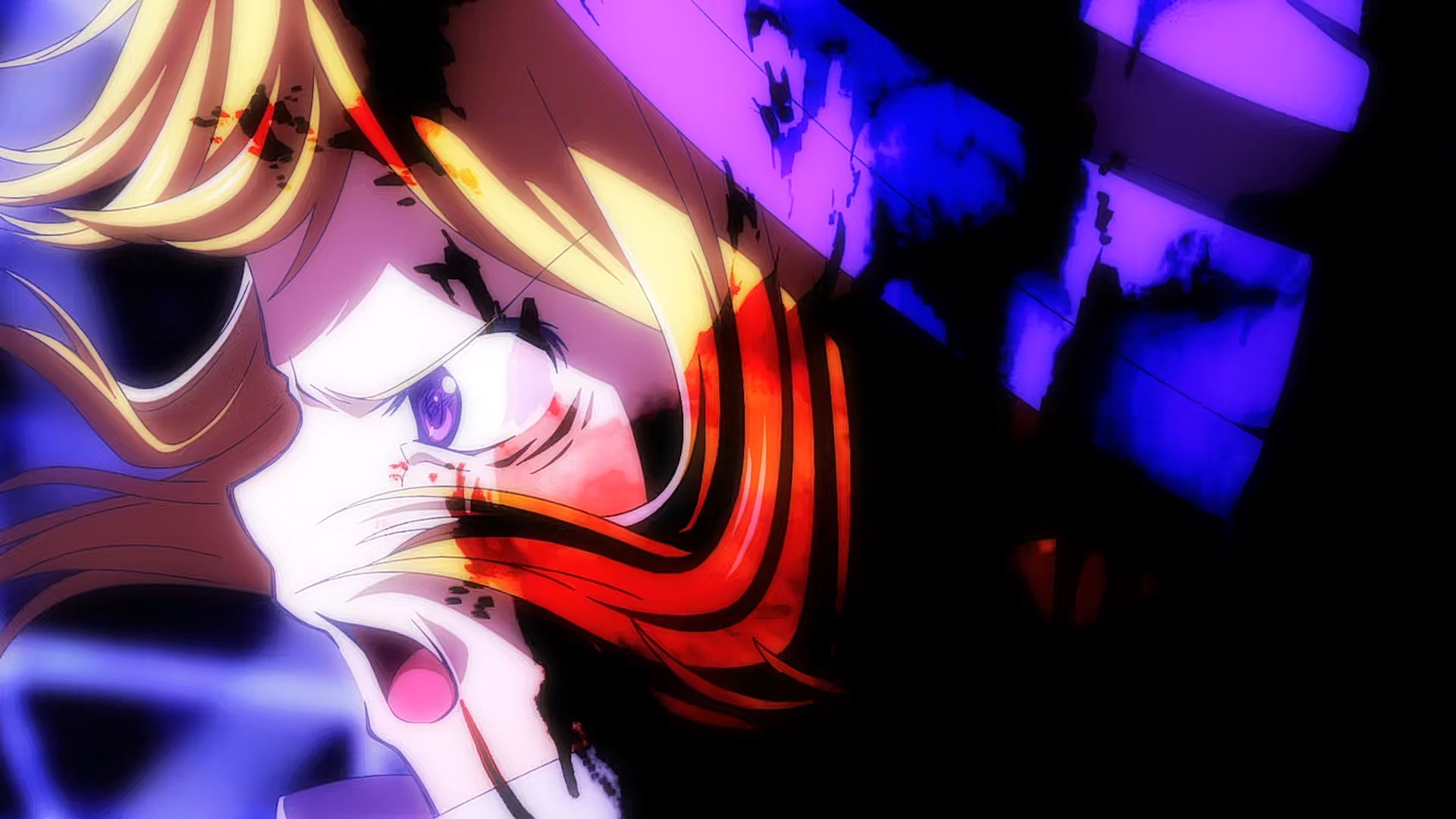 The musical score in the opening and endings cannot match the heights of the animation but that would be a tall order to match. There is one opening and which is Gomakashi by TrySail. There are two endings with first being Alicia by ClariSfor. This ending was used in episodes 1-12 whilst the final ending track is Niguredo by Shito which was delivered in episode 13.


Overall, Magia Record is a distinctly average show. The premise is good and you would think it would lead to good things unfortunately the plot never really leaves first gear as the main narrative is largely forgotten for most of the series length. This is the primary problem with Magia Records. What I sense especially as there is a second season is that many of the side-stories are merely exposition and that these stories will serve as basis for drama in the upcoming seasons.

Whilst the side stories are good it still leaves you with a feeling of dissatisfaction as there is nothing really underscoring it all. The lack of overarching narrative has also undermined character development as the cast are not challenged to the same degree as in Madoka. This lack of adversity has therefore denied them opportunities to grow. One of the bigger saving graces for this series is the stunning animation that makes this a really easy show to watch. I do think Magia Records can still redeem itself and if the second season builds on the premise and climax built on season one then this could be a series that I would seriously recommend. Question is can it deliver on its potential?

Story 5 – A good premise that is never built on. What we do get is a bunch of character expositions that could lay the foundations for greater drama in season two. The actual arcs were pretty decent and enjoyable to watch.

Characters 6 – Main characters are not that memorable. In fact, it is the antagonists that left a more lasting impression due to the mysterious aura they project; it is never made clear what they truly stand for and their motives are left ambiguous.

Animation 9.5 – I struggle to recall an anime series that is animated to a higher standard than Magia Records. Quality is superb throughout the shows run. Only reason I did not give this a 10 is the musical score was not on the same level but it was still pretty good.

Overall 6 – On its own, Magia Records is a pretty good series. Its standing in the anime community has suffered due its sky-high expectations due to the Madoka title it carries. This has created a significant backlash to the show. However, if expectations are managed and you take it for what it is, and not what you envisioned there is enjoyment to be had. In addition, the way the plot progresses at the end plus the character development raises hope there is potential for the second season to be significantly better as the early exposition has tackled leaving the show to focus on the good stuff.

Transformations 8 - Decent showing with the magical girl transformations. As expected, it is all well animated and they are of a good length. For better or worse they are not shown too often on Magia Records but are an improvement over Madoka.

I would also highly recommend you check out the gallery for Magia Records as there is an abundance of nice shots in this anime series.