Strictly speaking Night Head Genesis is not a prequel as Night Head 2041 seems closer to a reboot than a sequel. At least from that is the vibe I get from seeing the beginning of Night Head 2041. As for the show itself, Night Head Genesis manages to combine sci-fi with the supernatural and is generally an intriguing tale that is hampered by its slow pacing. Don't worry though this series is not required viewing in understanding Night Head 2041 so you can give this a miss and jump straight into the new season if that is more your thing. 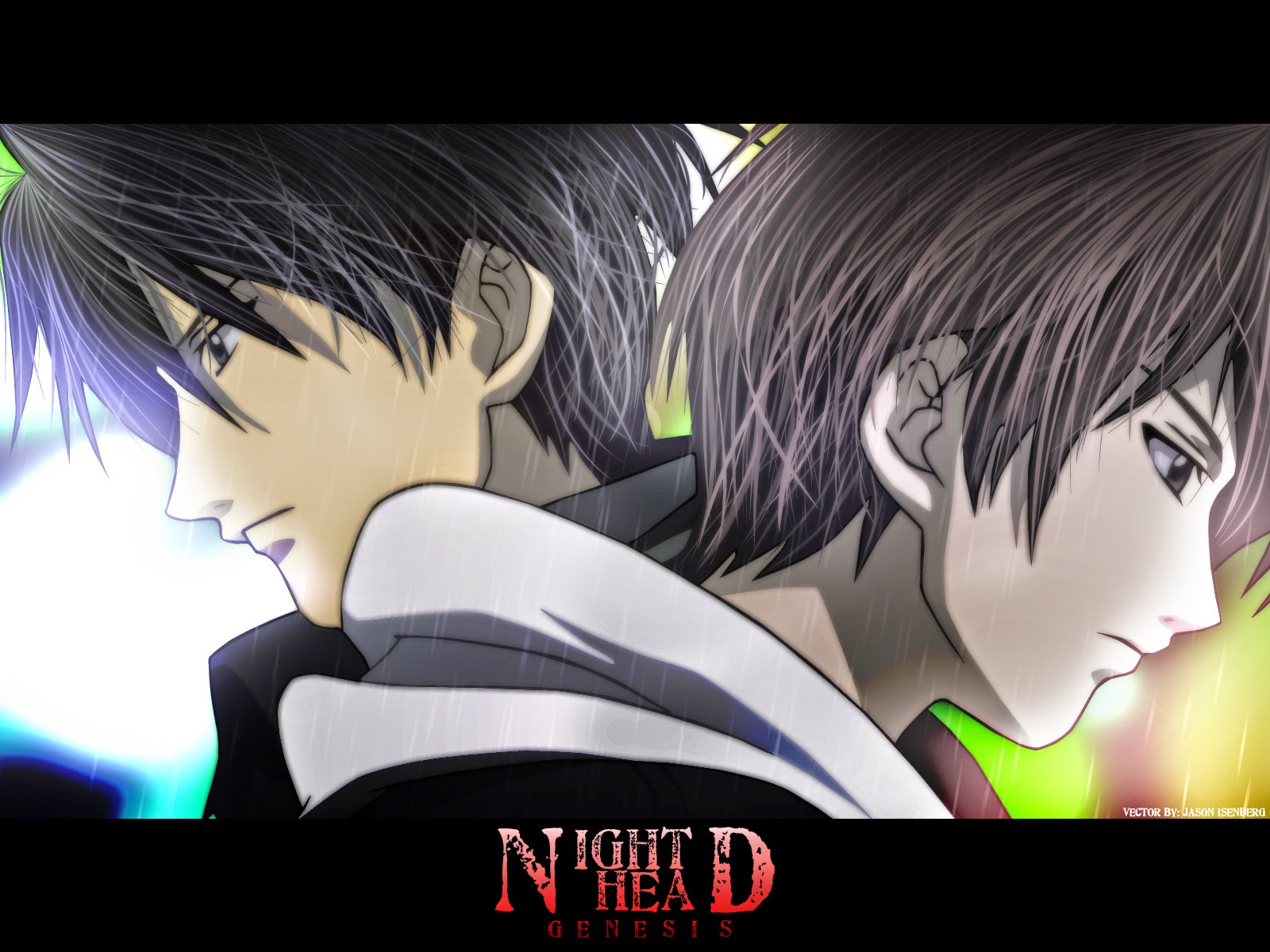 Night Head Genesis is a supernatural/psychological, mystery, drama series. The original season, Night Head Genesis was first released in the summer of 2006 while the second adaptation titled Night Head 2041 is currently airing in the summer season 2021. The premise of Night Head Genesis centres on the age-old idea that 70% of our brains are left unused. If we could utilise a greater percentage of our brain capacity then we can unlock the latent psychic abilities within. This is a story that follows the trials and tribulations of the two Kirihana brothers of Naoto and Naoya.

Both brothers possess psychic powers and are shunned and eventually banished from mainstream society. With feelings of abandonment, bitterness and lack of freedom the brothers set out to escape their confinement and make a new life for themselves. It is here where the story of Genesis begins.

Night Head Genesis weaves an intriguing tale. The story told is one of struggle, strive and much of the series will carry a dark undertone. It should be noted that some of the issues tackled in this show can potentially be upsetting for certain viewers as topics such as suicide (which is a recurring theme), abandonment, loss or depression are covered. If you do not like such material then this series will not be for you. 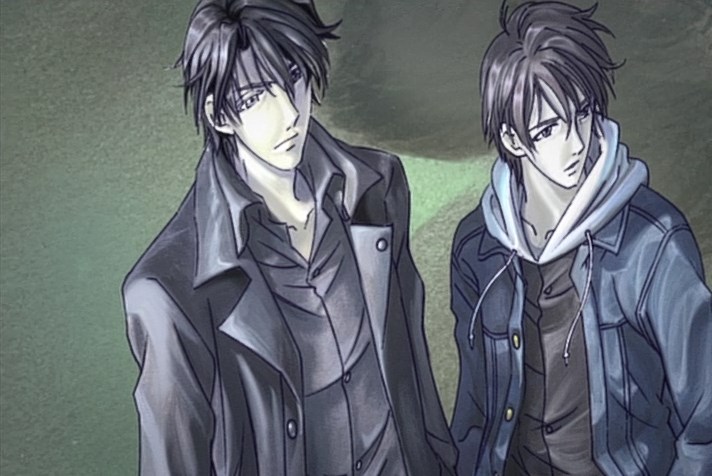 The early opening arcs are relatively simple affairs and seem quite disconnected from another but in reality, are not as they all ultimately link to the overarching main plot. It pays to keep note of what happens here as it has relevance later on in the story.

These early arcs all lead to one of the more important constucts in this series and that is the so-called new age for humanity termed the reformation. What this reformation entails or even means forms a big chunk of the mystery behind Genesis. The concept is left somewhat ambiguous and what you believe as the right course of action is largely a matter of opinion. The protagonists and antagonists have opposing ideas on how things should pan out but what is the right or wrong option is made less clear. Ultimately it rests on the viewer to decide which course of action is best as it is easy to see the merits and weaknesses of both sides of the argument.

It must be said however that the story is not without its flaws. The pacing of the show is somewhat sluggish throughout and there are times when the series can meander taking too long to reach a point or reach a particular conclusion. It is not really bad but it is definitely there. However, I will temper this criticism by saying this slow pace is consistent throughout the show. It is not a case of parts of the story being too slow whilst other stretches are rushed. It all follows the same rhythm leading me to think that perhaps the pace was intentionally made slow to make us ponder the finer points and topics raised in the series.

Character development is pretty solid, all things considered but again there are potential snags that could deter a certain number of viewers. The biggest point of contention will come from the characterisations of our two brothers Naoto and Naoya. Both brothers are very close to one another, perhaps a little too close as there are times when they seem almost too dependent and clingy to one another. It is almost to the point the brothers do not have any individual character traits. This issue is particularly prominent with the younger brother Naoya who not only exhibits the clingy traits to a higher degree. He also displays a great dependency on his older brother which can almost border on being childlike. His neurotic tendencies plus his screaming episodes can be particularly grating and in the first few episodes his flaws can almost resemble Shinji Ikari from Neon Genesis Evangelion.

I feel to certain viewers it will be too much and people will drop the entire series for this reason. I will say that if you find him difficult to handle then it would be prudent to persevere. These personality traits will soften as series progresses. What is more both brothers mature as the series develops and will display a greater independence. To the shows credit all these changes occur in an organic and believable manner and there is no sudden great awakening or big change. It is just something that occurs slowly but surely.

The antagonists in the series vary in quality. Some of them, particularly the early ones, are not given much development and are pretty one dimensional even nonsensical. As the plot progresses however more characterisation is given and the reasoning for their actions explained thus offering greater depth. The extra plus point I will add is that the overall goal of the main antagonist is something that one can understand. There is a logic in their actions thus this not a case of being evil for evils sake.

Night Head Genesis tells an intriguing tale and will keep you engaged throughout. This story is undermined somewhat by its sluggish pace and there were points in the show that I did feel dragged. For example, I questioned whether some of the flashbacks were entirely necessary and some shots were extended for too long. On another note, there were some smaller plot points that were never fully addressed/covered. As for the ending, this was generally good as it did resolve the key issues highlighted in the earlier parts of the series. The problem I did have however is it would have been nice if an explanation was offered over the final outcome to some of the characters. This is point is more a bugbear and is not a game changer however. 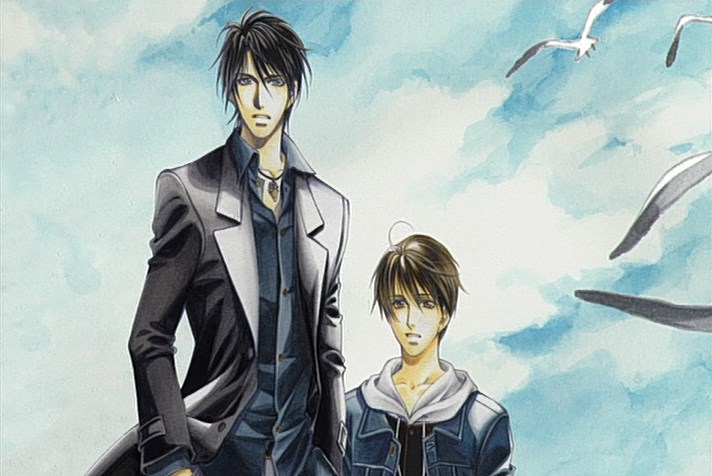 The biggest aspect that can make or break this series is how you handle the Kirihara brothers. The two can rub people the wrong way particularly the younger Naoya who, I admit, can be difficult to watch in the early parts of the series. They do develop into stronger characters so perseverance is rewarded. I won’t say they ever become perfect as even at the end there will be some tiresome moments. But to me this is okay as the way I see it is everyone has flaws. In fact, it is their flawed nature that made them all the more believable and realistic. But perhaps your mileage will vary on that one. A decent watch and could be a good escape if you want to watch something darker.

Story 7 – It is a good story with an engaging premise that builds up well albeit slowly. Most plot threads are linked and we get a good resolution in the end. The biggest flaw in the entire series is the sluggish pace.

Characters 6 – Could be a bone of contention. I can see people disliking Naoya or even both brothers especially at the start. To the shows credit both brothers exhibit decent growth both emotionally and with their psychic powers. I thought this was the strong point. Some villains were underdeveloped but this was made up by giving the later antagonists goals and ambitions that were more relatable. The ambiguous nature of what is right or wrong definitely added to the mystery element.

Animation 5 – This would have scored higher back in the day but seem somewhat dated by todays measure. Quality was fairly decent throughout but there was declines here and there. In fairness this was a 24-episode series so a drop in quality every now and then is more understandable. OP/ED were very forgettable.

Overall 6.5 – A series that will deliver a decent bang for your buck. The story is good but not spectacular. If the pacing was improved this could have been a really good show. If you are into series that display psychic powers then you will enjoy this more and the score should be bumped to a 7.

There is a gallery for Night Head Genesis so give it a look if you want to see more pictures from this series: