- my must see this year: 1. Oregairu S3 (finally after corona'chan delayed it) :0
2. Re:zero 2nd series (its OVA and prequel film got ok meanwhile a long wait)
Necromendation 2020-‘22, Dragon Quest: Dai no Daibōken |Mam And Crocodine

As Ftv went downhill since late 2016, i considered to quit yet reminding myself... invested 15 years, Daft made me a happy mod dealing with daily forum issues

The summer season anime slowly approaches and so we have a bunch of new series to watch. Question is, what anime series will you watch? For those who have not checked or simply don't know I have added links above. For me these are the series I plan to watch from start to finish although I may add to list as I tend to watch an episode or two of series before deciding on what to keep for the long haul... 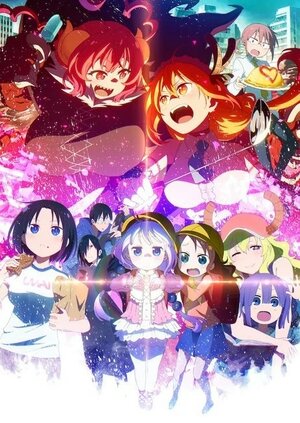 Synopsis: The wacky Dragon Maid is back again! A strange turn of events leads the Dragon, Tohru, to work as Miss Kobayashi's maid. She occasionally (that's a lie, she often) causes trouble for her beloved Miss Kobayashi while blending into human society and splendidly (that's a lie, only mediocrely) carrying out her maid duties. Her fellow dragons, Kanna, Lucoa, Fafnir, and Elma all find their own places to fit in as well and enjoy interspecies interactions with the humans. Yet while they're all enjoying that laid-back and occasionally turbulent left, the threat of a new Dragon swoops down upon Miss Kobayashi. (taken from crunchyroll)

Thoughts: Season 1 was funny, characters memorable so I look forward on how they run with season two. Here is a PV to check out:


Otome Game no Hametsu aka All Roads Lead to Doom season 2: 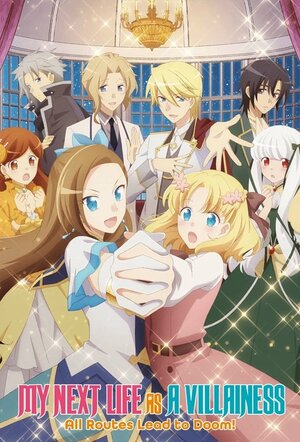 Synopsis: After hitting her head particularly hard one day, Duke Claes' daughter, Katarina, suddenly recalls all the memories of her past life: that of a teenage Japanese girl. Just before her untimely death, this girl recalls playing an otome game... that is exactly like the world she's living in now! She is now Katarina Claes, the antagonist of the otome game, who nastily hounded the protagonist until the end. Knowing all the possible outcomes of the game, she realizes that every single possible route ends with Katarina being murdered or exiled! (taken from JV-Novel)

Thoughts: Season 1 was delightful as it takes the oversaturated isekai genre and does something truly unique. Funny and definitely worth a watch! 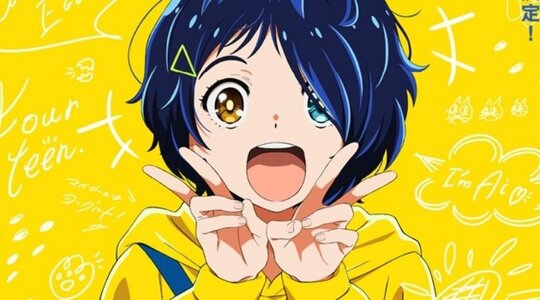 ​
Thoughts: this is only one episode but I hear this season finale will be a double length feature lasting around 45 minutes it will be interesting to see how they conclude this series. For those unfamiliar with the opening 12 episodes Wonder Egg follows Ai Ooto a girl who suffers from various mental traumas and the loss of a best friend. She gains possesion of a mysterious egg, a wonder egg and following the instructions of a mysterious entity saves peoples' lifes all in the hope of getting her friend back. 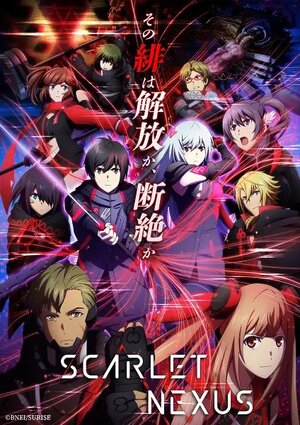 Synopsis: Solar calendar year 2020: grotesque organisms called Others have begun eating people. To take down this new enemy, the Other Suppression Force is formed. Saved by this elite team as a child, psychokinetic Yuito withstands the training to enlist. On the other hand, prodigy Kasane was scouted for her abilities. But Kasane’s dreams tell her strange things, dragging the two into an unavoidable fate.

Also revealed was the key visual for the Scarlet Nexus anime, as well as descriptions for the series’ two main characters, Yuito and Kasane. (taken from Funimation).

Thoughts: Not much to say about this one. I saw the trailer for the Ps4 game orignally and it looked good enough to get then I realised that an anime series was also gonna be realeased in tandem with the game. Game to anime crossovers don't tend to fair well, at least on one of the mediums but let us hope that is not the case here! 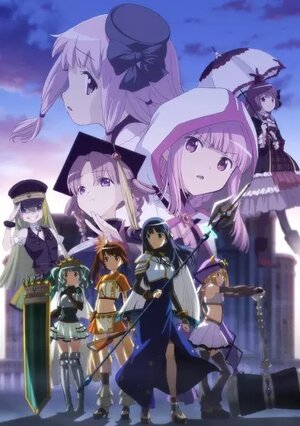 Synopsis: This is a continuation of season one. If you are unfamiliar with what happened there then here is the synposis straight out of MAL: Iroha Tamaki, a kind-hearted middle schooler from Takarazaki City, is living proof that these rumors are true. Armed with a magical crossbow and the ability to heal injuries, Iroha seeks out the labyrinths where witches hide and defeats them before they can prey on humans. Yet Iroha has no memory of her wish, and even Kyuubey, the white fairy himself, seems to have no idea what Iroha requested of him.

One day, Iroha hears rumors of a city where "magical girls can be saved," and finds herself on a sunset train to Kamihama City. Unfortunately, she discovers that the witches in Kamihama are far more powerful than usual. After veteran magical girl Yachiyo Nanami is forced to save her, Iroha vows to never return. But when a chance encounter with a tiny Kyuubey seems to trigger distant memories, Iroha is compelled to investigate the mysterious city despite the danger.

Thoughts: This is NOT season of 2 Madoka but only the second season of the Madoka side-story. It does not reach the highs of its main series counterpart but this gaiden series was good enough for me to finish. I hope this will be better than season 1. 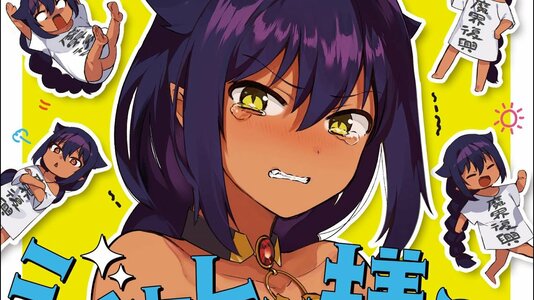 Synopsis: The Great Jahy, the Dark Realm’s second-in-command, cuts a frightening figure, feared and revered by all. But when a run-in with a magical girl results in the destruction of the precious mana crystal, the Dark Realm falls, transporting the newly puny and powerless Jahy to the human world! Unfortunately, plotting the revival of the Dark Realm from a cramped, crumbling one-room apartment is no easy feat when you have rent to pay and a job to keep! (taken from Square-Enix Manga & Books).

Thoughts: This one sounds like a funny premise. Not sure if it would turn out any good but judging from the promotion video this has shades of the devil has a part-time job. Let's hope it is as good as that unfortunately I will have to wait until August to see how this pans out.

Well those are the new series I will pick up on. There are a few longer season anime that continue from the spring that I plan to watch in one big go but this post is getting long so I leave this for now...
Last edited: Jun 23, 2021
Confused about the monsta review scores? Then check them out with the link here!

Sempai
Hmm... Let's see, for me the upcoming season looks like it's got six must sees for me:

Maybe list:
Seirei Gensouki. I've been seeing the LN for this for a while on Amazon and not sure if I want to pick it up or not. I'm such an Isekai addict, but, eh. I'll try this.
Jahy-sama. I liked the Manga for this initially, but I stopped reading it after a while. I don't remember why even. I'll probably marathon it once it has 4 episodes and decide then.

Norren said:
must sees for me:

As Ftv went downhill since late 2016, i considered to quit yet reminding myself... invested 15 years, Daft made me a happy mod dealing with daily forum issues

Fansub TV Team
I'm particular interested in:
Jahy-sama wa Kujikenai!
All Roads Lead to Doom season 2
Kobayashi-san season 2
"The best and most beautiful things in the world cannot be seen or even touched - they must be felt with the heart."
Helen Keller

Retired
Getter Robo Arc. That's it for me.

Staff member
Fansub TV Team
In addition to list I wrote above I will watch To Your Eternity. I saw the first two episodes and found it good but then I heard this series would last 20 episodes so held fire. Gonna marathon that one. Another series I will consider is Vanitas no Carte as I am a sucker for vampire shows. I will give Nights Head 2041 a go since the synopsis has potential. My list will likely change depending on comments, news or trailers I see/hear elsewhere. I would like to see the new Fate Grand Order movie but it is very likely I will need to wait longer for this.
Confused about the monsta review scores? Then check them out with the link here!
You must log in or register to reply here.