Sempai
I still dont get it, what problem do ppl have with animes? ban hentais? like I care, but why animes?
I

Kouhai
QUOTE (warita200 @ Dec 08 2006, 06:56 PM) I still dont get it, what problem do ppl have with animes? ban hentais? like I care, but why animes?
Many animes have ecchi which can be considered hentai here. It is unapropriate content, but still, there are many western shows that are much worse. If they must ban anime, then they should do their research and ban certain anime but not the entire franshise in general.
"Because I have failed so many times, that is why I succeed" -Michael Jordan
A group of enthusiasts shall shed light upon the world"- Fansubbers United
Click here for the rules regarding FTV

My definition of "now"
Now is that little voice in your head that's telling you now is now but it's really now past 1 minute in reality but now is not now right now so now will come a little after later then a little before after at a time period now at the end of the day where now is consistent with your mind at a moment where now is now but still not truly now.
K

Here is the link to the article

Kouhai
By the look of that article they are banning all cartoon pornography, of which anime/manga is the most popular of the genre. This is to aparently help stop child pornography. I guessing its due to the loli hentai and the girls portrayed as underage. which i kinda do agree with, but i also think that banning all explicit anime and manga is going a bit far. I also cant personaly see how that sort of anime/manga would make you want to go after kids, Its just like saying "after playing GTA i had the urge to go and indulge in to gang warfare"
The proud founder of O.P.A.S, The One Piece Appreciation Society.

Retired
I was actually talking a bit on TS last night about this cause I saw this on wiki when I was looking up lolicon.

Edit: Didn't really notice the URL name or the date of the article, but even so my opinion still stands.
<p>

Retired
Erm, have you seen the date of that article?
And the fact that despite the CNN logo the URL is not on cnn.com but basugasubakuhatsu.com?

Kouhai
i did notice this, but i went the CNN hompage and searched for it and still found the it.

Wait, I just tried again it the default search is on web. So maybe it is a fake then which is a good thing. If anyone could conform this it would be great. If it is a fake its a good one, becasue all the links work.


Moderator's note: do NOT double post. Please use the edit button next time. Posts merged.

Kouhai
banning animes is like banning people taking marijuanas.... do u think banning marijuanas is ever possible... obivoulsy its no and therefore, this would apply to animes as well... this is simply a logic.... humans are always filled with avarice, ambitions and burning desires and so no matter what gov do... nothing will be chnaged except for wasting their time.. preety dumb idea anyway...

Kouhai
website doesn't work, at least not anymore. did someone (real gov. organization, maybe) take it down do you know?
C

Kouhai
I heard Canada banned anime but also heard some strange story's of that place didn't no what to believe pretty heard that they have thoe, also heard Australia was also considering banning animes is this true?
I apolagise naw for any spelling or grammer mustakes i make.

Retired
QUOTE (Cody @ Apr 18 2007, 07:05 PM) ... also heard Australia was also considering banning animes is this true?
That's the first I've heard of it! I think that a number of the sources of information regarding govenments banning anime are quite questionable.

When we hear news, we should always wait for the sacrament of confirmation. (Voltaire)

If they try to ban anime then I'm going underground!

If it ever comes to that then why don't they burn some books and bury some scholars while they're about it?

We must all be alike. Not everyone born free and equal, as the constitution says, but everyone made equal . . . A book is a loaded gun in the house next door. Burn it. Take the shot from the weapon. Breach manâ€™s mind. ("Fahrenheit 451" by Ray Bradbury)
<p style="text-align:center;">

Kouhai
I don't know i think what they did can benefit, although some animes aren't pornographic or anything. Yet since that some may contain ideas of that sort of thing, therefore they became so cautious that they want to ban every anime. I think that they're looking at things that should be considered last. Like for instance these shows like friends and whatever out their , since in real shows it would effect the audience more than anime, since its more real. So its more like they should give up hollywood for anime xD,( like that would happen =p).
Y

Kouhai
.... banning anime? That's incredibly stupid. If they ban anime, that's pretty much as bad as censoring all books and such. Besides, a bunch of companies would lose a chunk, if not all, of their revenue from anime...

Set made by me!
http://www.fictionpress.com/~yukishiido
Hikari no Shiido - a novel in progress, by yours truly. Please R&R!
Also can be found here!

Retired
First of all, there's a limit to which you can call something pornography. Something "suggestive" doesn't mean it is pornography. Its called "fanservice," which judging from the U.S. government, they have no idea what that means.

In addition, what I really dislike is how they describe the content in some anime and manga as "child pornography." The big question is: what is considered child pornography? What's the minimum age does the displayed character have to be in order for suggestive/fanservice positions to be displayed?

The biggest problem with this whole idea of child pornography in anime is in Japan they consider people 15 years old and above as adults while in the U.S. until one is 18, they are considered minors. Therefore, the whole misconception is a cultural thing. I find this ironic since the American policy is to accept cultures, religions, race, etc... from all groups. However, in this case, they deny that whole concept. Anime is a part of Japanese culture and in reality the American shouldn't be able to do anything about it since it doesn't concern them. Its a cultural difference and as Americans, we should be accepting their culture. It's like banning tofu just because it is exotic. Same concept.

Obviously, by banning anime, there are pros and cons to this issue.

Pros:
-no shows/sales = no more licenses

-more downloads and ups for fansubs! The U.S. government will no longer have control of this because companies can't pursue something that is banned in the U.S. law.
-GUESS WHAT: DEATH NOTE WILL BE BACK~~

Cons:
-no shows in the U.S. Some are actually okay/fun to watch at times.
-good manga will be nearly impossible to obtain
-sucks for the American Economy as this is the new main attraction in our world

On a final note, this article is one year old and there hasn't been any further announcements or advancements regarding this policy in the US. At this point we can assume it is dead. I think its because its too ambiguous and would run so many companies out of business these days.

Kouhai
I agree, clrgamer78, censorship of any kind is worthless.
It is just a symptom of a society relying on government or bureaucracies to be parents for their children.

In the USA, there is a supposed freedom of speech. Yet there is also a thing called the FCC, which is why you cannot say certain words on the radio even if they are an integral part of a song, or show the natural beauty of the human body.
In our earlier history, comedians were even jailed for saying things like "snot" in their act. A policeman in the audience would literally stand up and say "Okay, the show's over folks."

With rating systems and parental controls on televisions and internet browsers, there is no excuse. The only way children would be exposed to things which might rob them of innocence is when parents don't do their job.

The real problem is that people have uninformed and contrary convictions.
"I want my child to never hear the f-word, but I will do nothing to prevent it, you do something." "Seeing cartoon breasts will damage my child's psyche, even though real breasts fed their body." 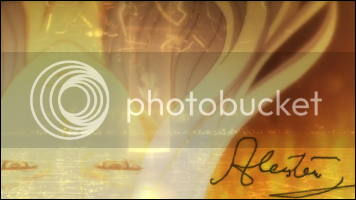 Sempai
QUOTE (Kit-Tsukasa @ Jun 19 2007, 10:05 PM)
The biggest problem with this whole idea of child pornography in anime is in Japan they consider people 15 years old and above as adults while in the U.S. until one is 18, they are considered minors. Therefore, the whole misconception is a cultural thing. I find this ironic since the American policy is to accept cultures, religions, race, etc... from all groups. However, in this case, they deny that whole concept. Anime is a part of Japanese culture and in reality the American shouldn't be able to do anything about it since it doesn't concern them. Its a cultural difference and as Americans, we should be accepting their culture. It's like banning tofu just because it is exotic. Same concept.

Obviously, by banning anime, there are pros and cons to this issue.

I read that the age of consent to sex in japan is 13 ..... of course this cultural difference reflects in anime as well. By japanese standards, it is not outrageous to show children in sexually suggestive situations. It is so in USA and comparing it to tofu is a little amusing. Tofu is harmless and animes bordering on pornography surely isnt.
This is not about accepting different culture, but about protecting the masses from something potentially harmfull. Whether this is objective or not is a different subject, but then again there are worse things going on in the world, one only needs to look into the direction of middle east for a better understanding of what sencorship and ridiculous laws about personal freedom, believes and what not mean.
P

Kouhai
if they do a blanket ban on anime that would be seriously stuiped... I mean sure there is fan service but honestly so what... is it causeing kids to go aroudn flipping skirts?? and as far as i know thats been going on since skirts where invented...

also the fact they are banning anything sex relaited should mean they should ban anything volince related that pretty much means ALL cartoons movies.
H


very well said -
In the end its all about industry in each country lobbying for their "rights"
Some countries have a tendency for right wing conservative thinking, and contradictory actions will happen all the time.
Subgroups such as japanese animation fans don't have a platform to help protect their SPECIFIC groups or interest but hopefully the web can keep these fan movements alive
You must log in or register to reply here.